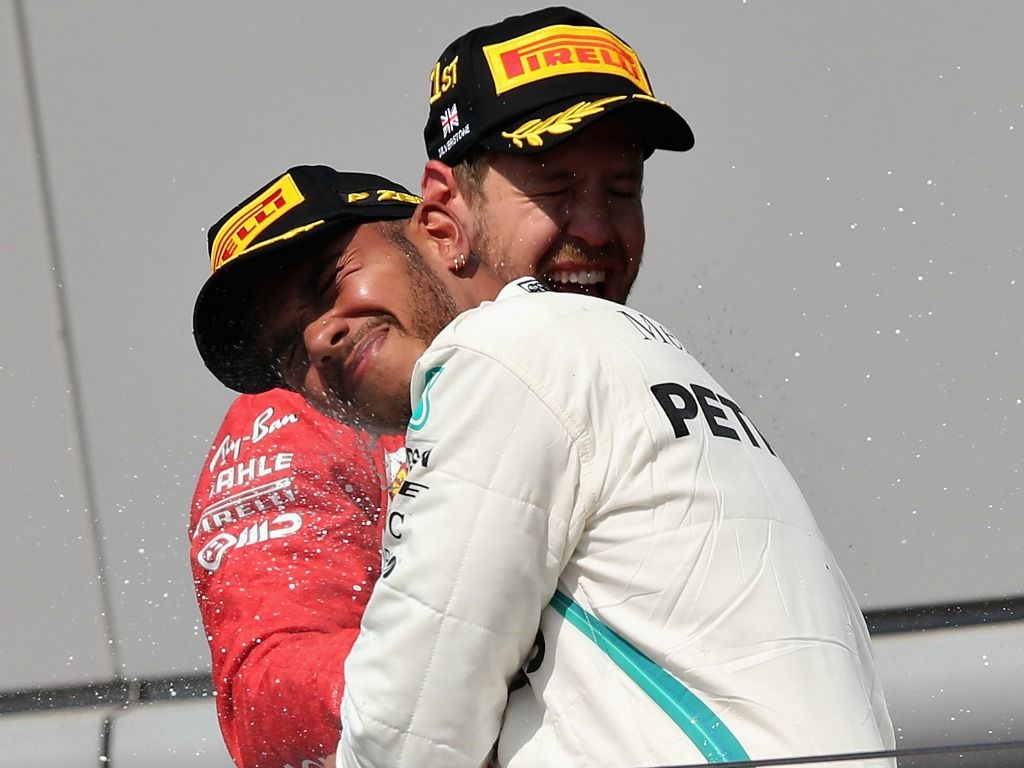 Such was Lewis Hamilton’s anger in the immediate aftermath of the British GP that he walked off before giving a post-race interview done in anger.
Hamilton, second in Sunday’s British Grand Prix, stormed off instead of speaking to interviewer Martin Brundle in the wake of the race.
The Brit was furious with Ferrari’s “interesting tactics” which saw Kimi Raikkonen tag him on the opening lap, spinning Hamilton down into 18th place.

Raikkonen’s team-mate Sebastian Vettel won the race while Hamilton put in an incredible drive to recover to second.
He was nonetheless still furious.
“The reason Lewis didn’t talk to me in the Parc Ferme is because he wanted time to go and calm down,” Brundle explained to Sky Sports.
“He was so angry about that. He didn’t see it as a last-to-second comeback drive.
“He saw it as somebody torpedoed me off the race track.”
He added: “He scampered out of Parc Ferme, up the stairs.
“Matteo Bonciani of the FIA said ‘be careful with him, he’s really not happy at all at the moment’.
“So by the time I came out on the podium, I think he composed himself.
“I don’t think he wanted to say any words that he’d regret down there.”
Lewis Hamilton has since posted on social media that he has accepted Kimi Raikkonen’s apology and is ready to move on.