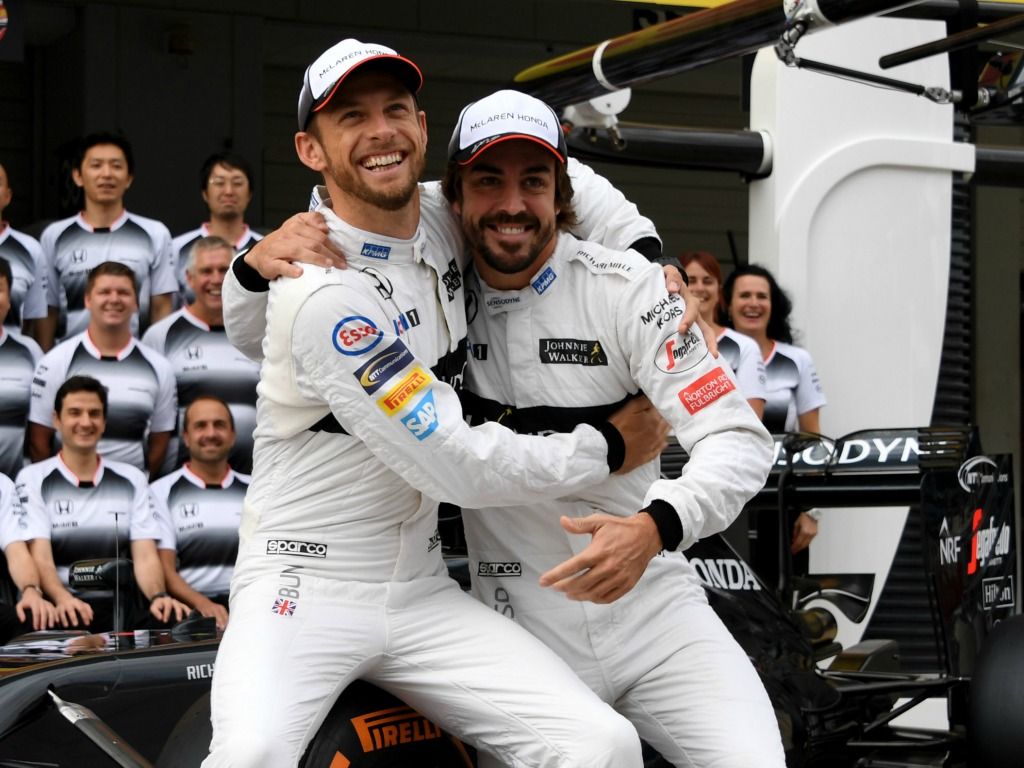 Jenson Button has had his say on his former team-mate, and believes that Fernando Alonso has “made the right decision” in leaving Formula 1.

Alonso announced that he would not be racing in F1 next year, posting a video on social media on August 14th.

Button, the 2009 F1 World Champion, believes that it is the right time for the Spaniard to leave, but that he is also correct in leaving the door open for a return.

“I said to him he’s finally made the right decision. He’s woken up and smelled the coffee, as we say,” Button told the media ahead of the 6H of Silverstone WEC race.

“It’s always down to the individual when they choose to leave Formula 1. He’s done the same thing as what I chose to do, leave but leave it open for one year after to go back.

“I think that’s the right option to do. But if the McLaren’s quick and it’s winning races, he’ll be back in Formula 1.”

Despite not having F1 in his diary for next season, Button thinks that the two-time World Champion will still be very busy when it comes to racing.

“I think next year he’ll still have a busy schedule. You can’t stop a racing driver racing. I thought I could stop, but I can’t,” Button added.

“He’s still going to be racing until he’s 95 years old. He races more than me, he’s at the karting school in Spain all the time, driving, teaching. He’s obviously racing in WEC.”

The Brit, who replaced Alonso for the 2017 Monaco Grand Prix (as the Spaniard was trying to win the Indy500), commended his former McLaren team-mate for the career he has had in the sport.

“Discussing his retirement means nothing, it’s more his career, it’s been exceptional,” he continued.

“To win two world championships and be close on a couple of other times, there aren’t many people who get to do that.

“We were teammates, so I know exactly the strengths and weaknesses for Fernando. It was really, really enjoyable racing with Fernando and against him as a teammate.

“My toughest teammate, really enjoyed it though. My late father always respected Fernando, and that’s always a good judge of character. He used to get on very well with my father as well, Fernando.”

The pair race in the 6h of Silverstone on Sunday afternoon, with Alonso’s #8 Toyota Gazoo Racing car starting P2, and Button’s #11 SMP Racing machine lining up in P3.