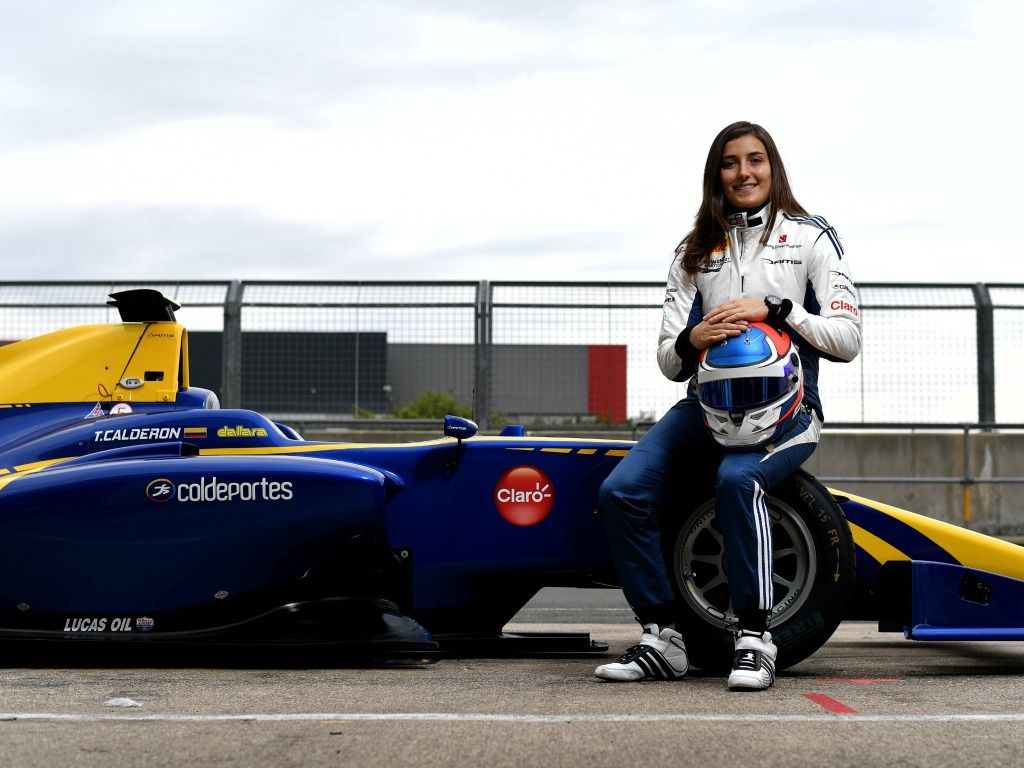 GP3 driver Tatiana Calderon believes that drivers are “obliged” to drive for at least a year in Formula 2 before moving into F1.

The second tier of single-seater motorsport has seen many Champions come through the ranks, including Lewis Hamilton and Nico Rosberg.

Next year’s rookies, in George Russell, Lando Norris, and possibly Alexander Albon, have all participated in F2 this season.

Calderon now believes that drivers have to gain experience in the series, before making the move up to Formula 1.

“If you want to go to Formula 1 you now are obliged to do Formula 2 as well,” Calderon said.

“I’ve been always watching those races and to be honest they’re some of the best races, I would really like to have a go.

“I think it’s a car that could suit me with the pit stops.

“I’ve been struggling more with qualifying and I think in Formula 2 you have a chance maybe if you don’t do that well in quali so hopefully that would be the case.”

The Colombian also admitted that she had been in talks with some teams as to getting a drive in Formula 2 for 2019.

“We’re still waiting and organising but I would love to do Formula 2,” she said.

“To start testing after Abu Dhabi end of the season race would be amazing.

“We are putting everything together. The budget depends with which team you go [to].

“There is quite a lot but our intention is to really go for Formula 2.”