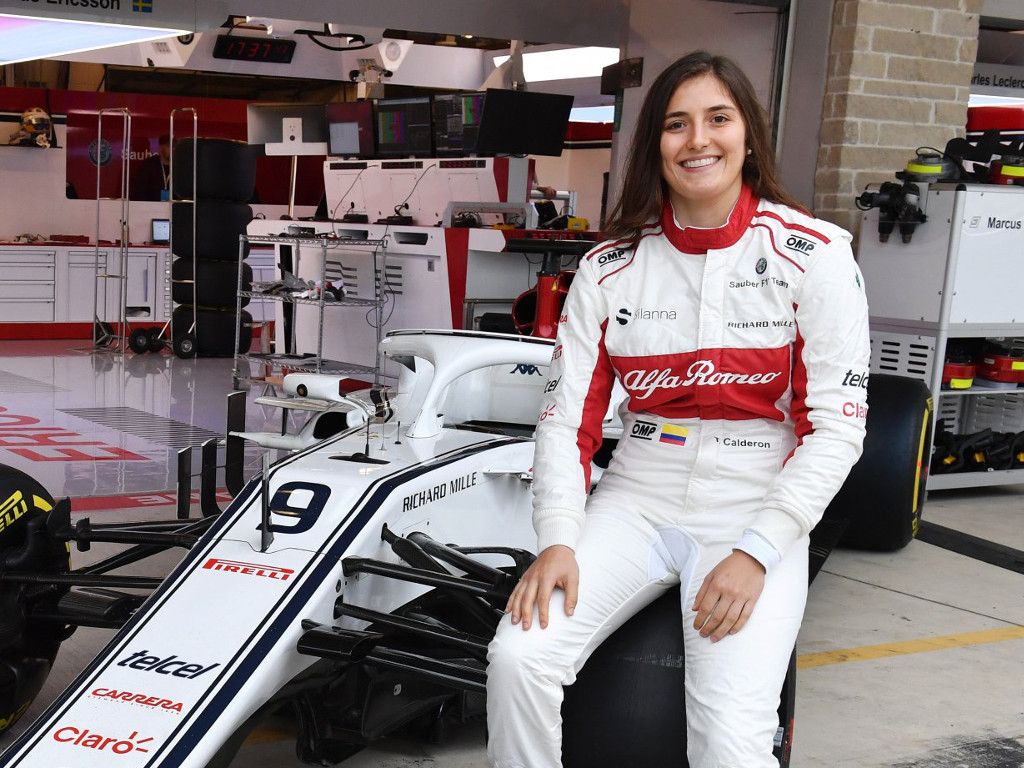 Tatiana Calderon will have her first Formula 1 run next week when she drives the Sauber during a filming day in Mexico.

Although Calderon, who races in GP3t, joined Sauber two years ago, Tuesday will mark her outing in a Formula 1 car.

The 25-year-old Colombian will C37 at the Autodromo Hermanos Rodriguez circuit on Tuesday.

"Since I started racing, my dream and goal has been to drive at the highest level one day. It will be an incredible experience"#Alfaromeosauberf1team #MexicanGP pic.twitter.com/7Si50O5pXd

“I am very thankful and excited about the opportunity given to me by the Alfa Romeo Sauber F1 Team, Escuderia Telmex, Telcel, Infinitum and Claro to drive a Formula 1 car for the first time in my career,” said Calderon.

“Since I started racing, my dream and goal has been to drive at the highest level one day.

“It will be an incredible experience to discover the Autodromo Hermanos Rodriguez from the cockpit of the C37 in Mexico City.

“As a Latin American driver, there could not be a more special place for me to make my debut behind the wheel of a Formula 1 car.”

Under F1 regulations, teams are permitted 100km of running during a day of filming.