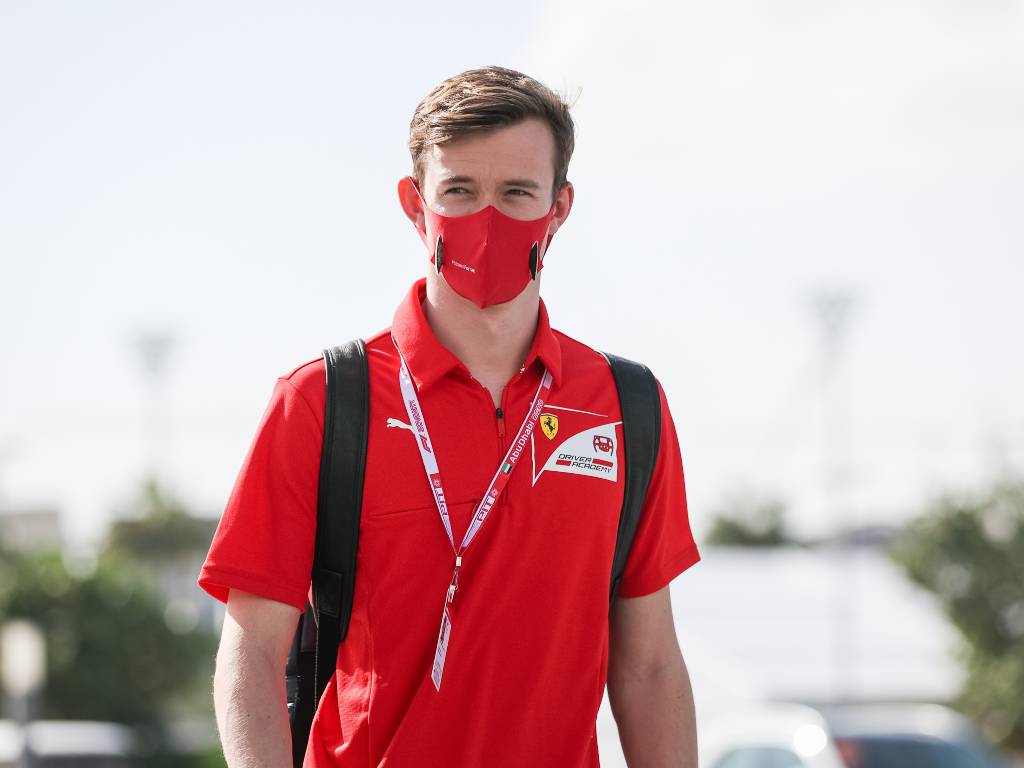 Callum Ilott has been appointed as Ferrari’s test driver for 2021 after missing out on a Formula 1 race seat with Haas.

The 22-year-old from Cambridge, a member of the Ferrari Academy, finished second to Mick Schumacher in this year’s Formula 2 Championship.

Schumacher will race for Haas in F1 next season but even though the American-owned team planned to run Ilott in the ultimately cancelled FP1 session at the Nurburgring in October as they assessed their driver options, they eventually plumped for Nikita Mazepin to be the German’s colleague.

That left Ilott in limbo and he recently said he did not plan to race in any other series next year.

But now an opportunity has come along to test the Ferrari which will be driven competitively by Charles Leclerc and Carlos Sainz.

I would like to thank the Ferrari Driver Academy and Scuderia Ferrari for this great opportunity and their support. It has been an honour to be part of their programme for the past three years. pic.twitter.com/4tqk0ySGZA

“I am very pleased to be joining Ferrari as their test driver from next year,” said Ilott, who has been with the Italian giants’ development programme since 2017.

“I look forward to contributing to the work the team do on and off track, and to all of the new things I can learn by taking on this exciting new challenge.

“I will give my all to do a good job and gain as much experience as possible to continue making progress as a driver.

“I would like to thank the Ferrari Driver Academy and Scuderia Ferrari for this great opportunity and their support.

“It has been an honour to be part of their programme for the past three years and I am pleased to continue our journey together.”

Ilott participated in the ‘young driver test’ in Abu Dhabi for Alfa Romeo, who are provided with engines by Ferrari.

A full day in the car and you won't hear @callum_ilott complaining! 😍 pic.twitter.com/4zUA1sl4ZT

The Briton was eighth fastest of the 15 runners, behind fourth-placed veteran Robert Kubica in the other Alfa Romeo who was allowed to take part because he will not be a full-time Formula 1 driver in 2021.

“It’s been an amazing day driving an incredible car,” said Ilott after completing 93 laps of the Yas Marina circuit.

“From my personal point of view, I’ve really enjoyed it. It took a lot of focus to keep performing at this level in such a powerful car, but it’s been really good and I hope to get more opportunities to drive this car in the future.”