Home News Ilott hopes his FP1 bow is only delayed 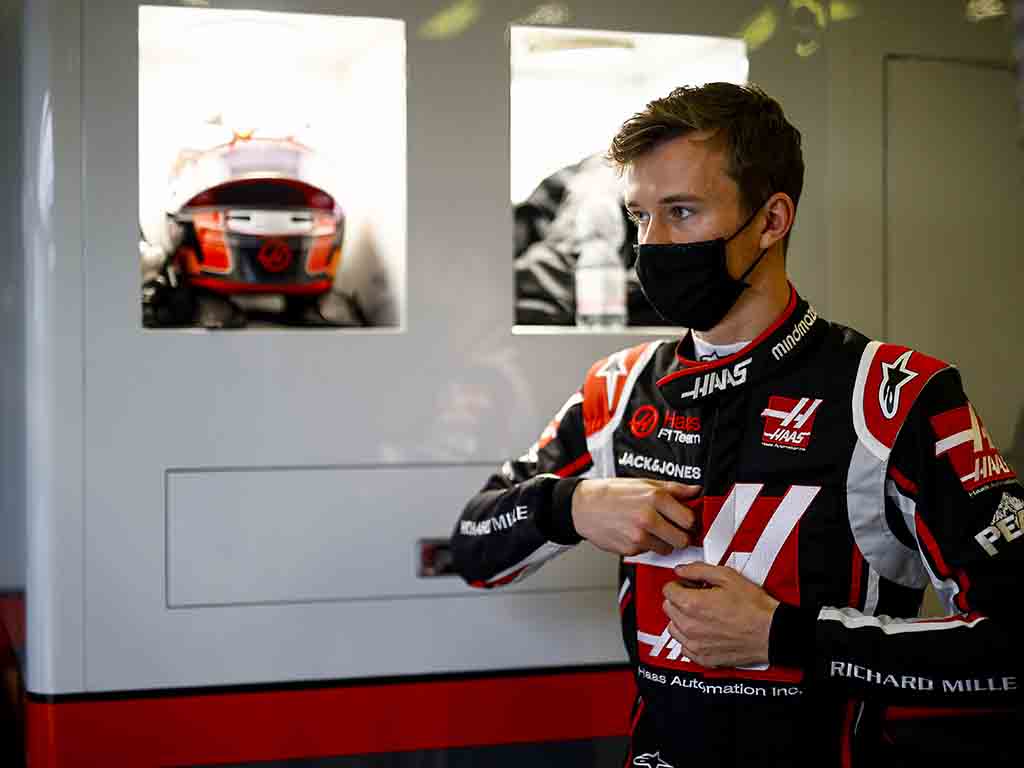 Callum Ilott is hoping for another FP1 opportunity this season after the weather robbed him of a grand prix weekend debut at the Nurburgring.

The British driver was all set to take part in Friday morning practice for the Haas team, stepping into Romain Grosjean’s car, but found himself denied the chance at the last moment.

Rain and fog in the area nicknamed ‘German Siberia’ grounded the medical helicopter, causing the abandonment of both Friday practice sessions for the Eifel Grand Prix.

It meant Mick Schumacher, who leads the Formula 2 championship standings ahead of Ilott, also had his FP1 bow in the Alfa Romeo shelved.

Both drivers are members of the Ferrari Academy. And there were encouraging words from Ferrari’s F1 team principal Mattia Binotto, who indicated the FP1 appearances for Schumacher and Ilott would be rescheduled for later in the season.

So #FP1 is cancelled. A great shame @callum_ilott was unable to get his first FP1 run under his belt today. #HaasF1 #EifelGP pic.twitter.com/df2VchhrR6

That was good news for Ilott. Asked if he thought he would get another shot in 2020, he said: “I believe so, but it’s got to be arranged and talked about. I think Mattia was quoted as saying possibly Abu Dhabi but we’ll have to see.

“But it’s great to be here and get the experience and the learning curve on a weekend like this. It’s not been ideal – the biggest learning point would be to get in the car and drive, but I can’t complain being in this environment.

“It was a bit of a shame to not actually get out, but this is life sometimes and you can’t control what’s going on with the weather.

“It’s been all right and hopefully the rest of the weekend I’ll get to see a bit more stuff.”

Ilott was pleased with the way he had been welcomed by the Haas team, albeit at this stage he is not among those whom team boss Guenther Steiner is thought to be considering for a race seat next year.

“It’s a bit of a different environment to rookie tests,” said Ilott. “The race weekend is a different ball game.

“From the seat fit and then coming here, it’s nice to be integrated and see how it all works, so from that point of view it’s been great to get that kind of environment and understand how the drivers like Romain and Kevin [Magnussen] work and what’s necessary of a Formula 1 driver.

“It’s been a slow weekend, everyone’s been waiting to get some laps but they [Grosjean and Magnussen] have been around, we had our pre-event meetings all together and it was good to get some insight into what’s going on.”