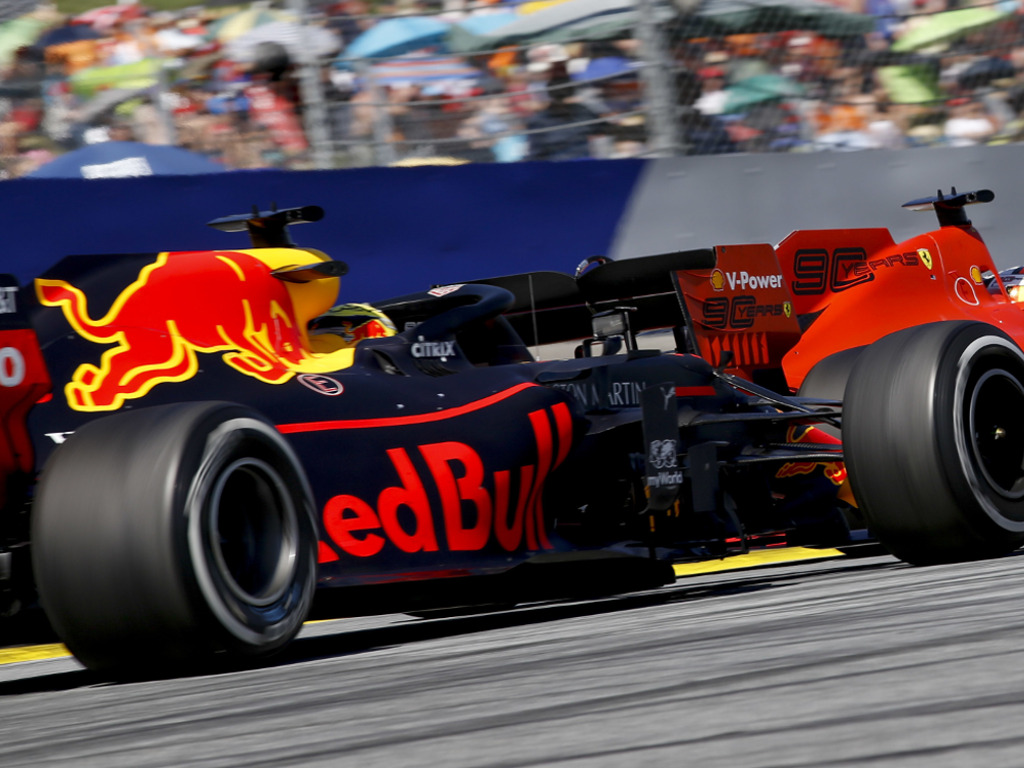 The Montreal stewards courted controversy when they handed Vettel a five-second time penalty for an unsafe return to the track during his battle with Lewis Hamilton.

The penalty cost the Ferrari driver the Canadian GP win.

Two weeks later Daniel Ricciardo joined the penalty list as he was slapped with not one, but two, five second penalties for passing other drivers with all four wheels off the track.

Neither Vettel nor Ricciardo were impressed with their penalties, saying the stewards need to let drivers race.

A week later they did.

Verstappen escaped a penalty for giving Charles Leclerc a hefty whack and pushing him off the track as he passed him for the lead of the Austrian Grand Prix.

The stewards investigated the incident but declared it a racing incident.

This had some fans crying foul, however, F1 race director Masi says the three incidents cannot be compared.

“The incident in Canada, Sebastian went across the grass, was in front, it wasn’t an overtaking manoeuvre,” he told RaceFans.net.

“The one with Daniel, with particularly Lando, was very much as part of Daniel going off the track and rejoining.

“Whereas this here was both cars were on the track, it was an overtaking manoeuvre.

“Trying to compare the three of them, they are three very different incidents.

“So from that end it was an overtaking manoeuvre and as the stewards rightly pointed out in their view it was a racing incident and it was one of those.

“It was just good hard racing from the perspective that they saw.”