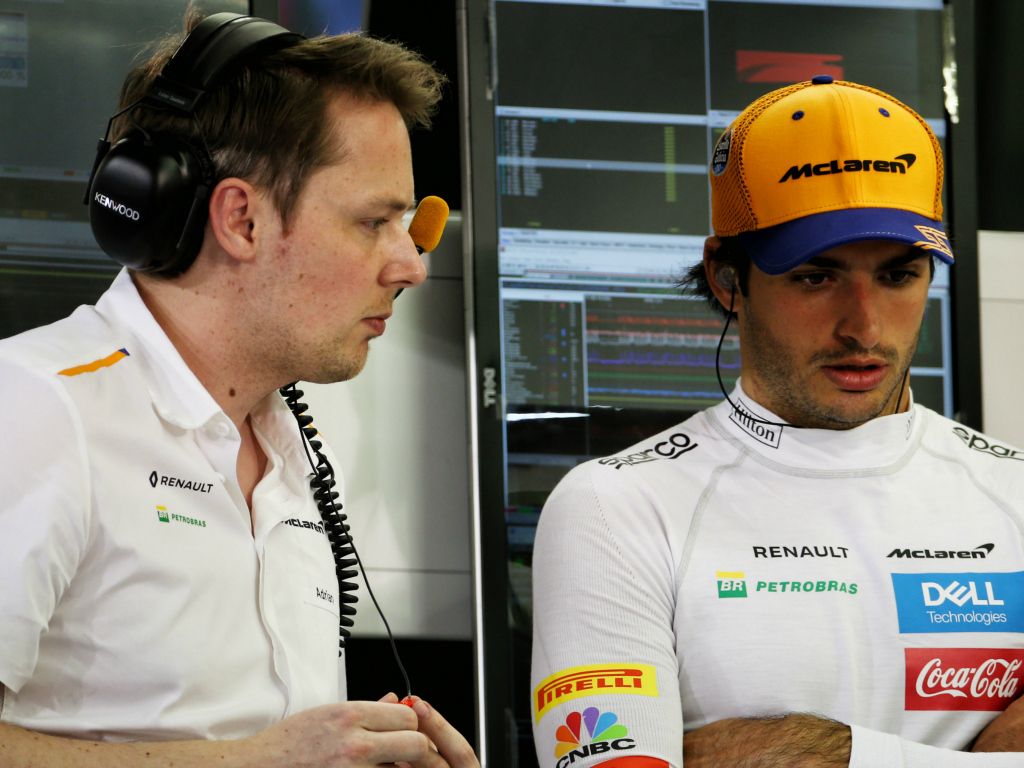 Carlos Sainz believes the McLaren is still not “perfect” despite he and team-mate Lando Norris finishing FP2 in the top eight ahead of the Chinese GP.

We saw something of a mini-resurgence for the eight-time Constructors’ Championship-winning team in Bahrain, as Lando Norris crossed the line in P6, while Sainz looked a good bet for a similar finishing spot if it hadn’t have been for his early contact with Max Verstappen.

In fact, Red Bull’s technical guru Adrian Newey spoke of his soft spot for the MCL34, high praise for a man synonymous with title-winning cars.

Though a first victory since 2012 is unlikely to arrive for McLaren in Shanghai, it’s great to see this giant of the grid seemingly making their first steps on the road to recovery.

P6 for Sainz and P8 for Norris in FP2 demonstrates the power not only of their car, but also the strength of McLaren’s driver line-up.

However, another development which has captured the minds of many in 2019 so far is the ultra-tight midfield pack, and this is why Sainz refuses to get carried away yet.

“The field looks as close as it was at the first two races, or even closer, which means you can’t take anything for granted,” he told the official McLaren website.

“It would be a huge mistake not to analyse every detail just because we had a decent Friday. I want more from the car and we need to make sure we don’t fall back down the order if anyone improves tomorrow.

“The car’s still not perfect – we still have a few things to improve – but hopefully we can put it together for tomorrow and have another positive Saturday.”

🏁 The chequered flag is waved, marking the end of FP2. We finish Friday with Carlos in P6, Lando P8. 🤝#ChineseGP #Race1000 🇨🇳 pic.twitter.com/usZNBx07Li

Norris is already establishing himself as a qualifying master, getting his car into Q3 on both occasions in 2019 at the expense of both Renault’s and Red Bull’s Pierre Gasly to name a few high-profile absentees from the pole shootout.

The British rookie couldn’t match his pace come the race in Australia, but Bahrain was a different story, and now he will look for a strong showing in his first experience of the Shanghai International Circuit.

“It was my first time driving on this circuit and I think I got up to speed reasonably quickly, which was good because that meant we could start focussing on the car and the set-up much earlier than we could in Australia,” he said following FP2 in China.

“We made further progress in FP2 but there’s still a lot of work to do. The car’s not exactly where we want it yet but we made some improvements, so we just need to make sure we keep going in that direction.