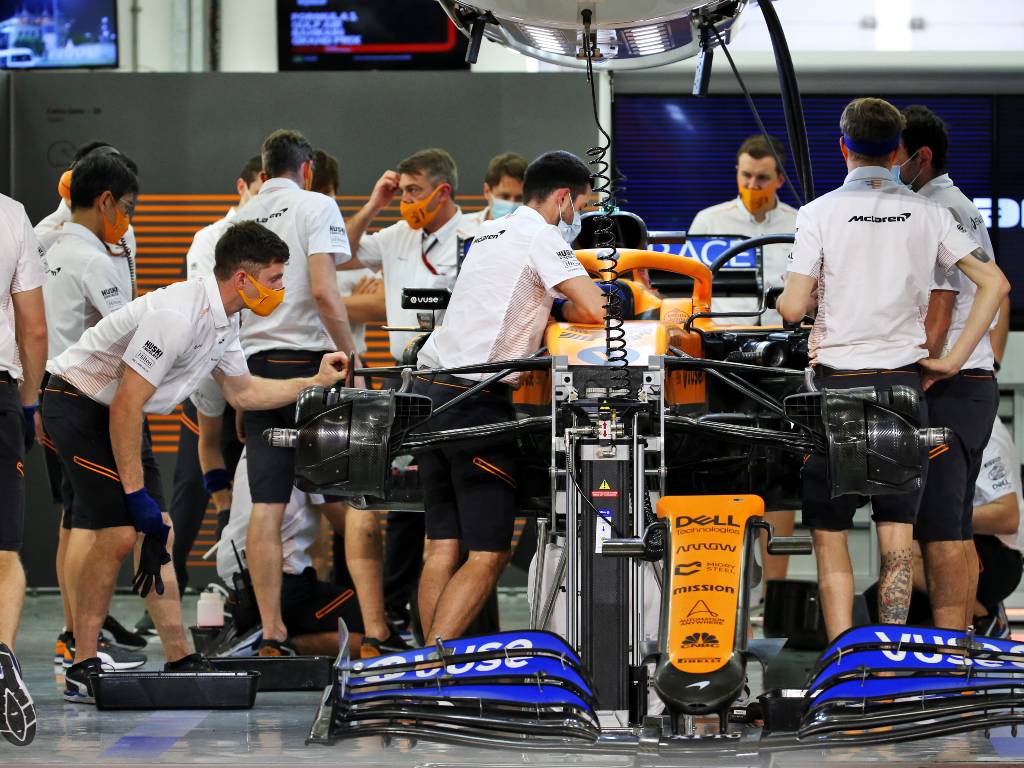 Carlos Sainz admitted he was “very angry” after a brake failure knocked him out of Bahrain Grand Prix qualifying and compromised his strategy options for the race.

The McLaren driver caused Q2 to be red-flagged through no fault of his own. Going into turn one, his rear tyres locked up and sent him into a spin as his car ground to a halt just off the circuit.

Having occurred early in the Q2 session before a time could be put on the board, it meant Sainz will start the race from P15 – and left him wondering what might be achievable from a strategy perspective with the team now on the back foot.

“It leaves us with very few options if we have lost it [the set of tyres] with that lock-up,” Sainz told Movistar, reported by Motorsport.com.

The Spaniard has three races remaining of his McLaren career before moving to Ferrari, whom he agreed to join before the 2020 action got under way.

🇧🇭This one is extremely painful. I was feeling confident, but we had a technical issue and that was it.Looking at how things unfolded and with 2 new sets for Q3 I think I could have fought for P4/P5. Tough one, but we’ll give it all to recover tomorrow!

He added: “We had just gone through Q1 with only one set of tyres. We were out there on the mediums, everyone looked to be comfortable on the medium today, so for us to have that problem with the medium tyre flat-spotted and lose that set for the race is the worst possible scenario.

“There’s pace in the car, no doubt about that. I felt really at home the whole weekend. The problem is the strategic options available for us tomorrow now with the tyres we’ve got.

“We’ve all been trying to save those harder sets of tyres for the race and at the moment I don’t know what I’ll have available with the problems we’ve had today.”

As well as being limited on his own tyres, Sainz says the fact all the Q3 runners will be starting on the medium compound means there is little chance of gaining places in the early phase of the race by doing anything different.

“Yes, you can come back, but it gets very complicated,” he explained. “Especially because the top 10 will start with the medium, and those of us who start behind them won’t have any advantage over them. It puts me in a bit of a tough spot for the race.

“We don’t know the cause of the problem. I know that as soon as I hit the brakes into turn one, the rear tyres locked and remained locked through the whole braking phase. I obviously lost the rear end, so very disappointed.”