Home News ‘Spectacular’ Sainz has maturity to be World Champion 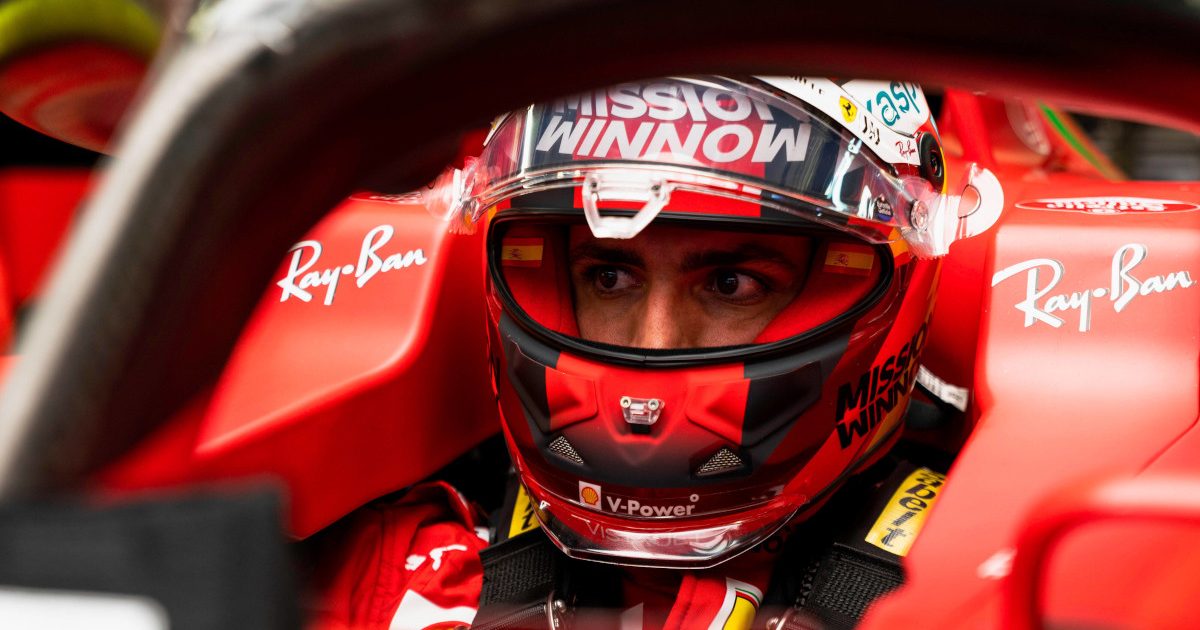 Carlos Sainz has the maturity and speed to win a World title, Jaime Alguersuari says he only needs Ferrari to give him with a race-winning car.

This year’s championship has seen Sainz rise to the occasion as a Ferrari driver, the Spaniard sliding into the role with ease.

With three podiums and 116.5 points, he is half a point ahead of his team-mate Charles Leclerc and with two more podiums to his name.

“What I want to see is that Carlos can win one day and have a car to win because I think he can,” Alguersuari told Marca. “And I would love to see it.”

Last time out at the Turkish Grand Prix, Sainz raced his way from the back of the grid to eighth place with many believing it was his best drive yet as a Ferrari driver.

Alguersuari feels there have been several signs this season that Sainz is coming into his own.

“It wasn’t just Turkey,” he said. “He have already seen super interesting things that have surprised me personally and are making me see a driver managing 20 races, a championship, in a way that I don’t see many do.

“In the end, all the driver, from a young age, are designed to make the best fastest lap, but they do not teach you how to handle difficult situations, adverse situations. In the end, you need a constant, cold, mature driver in the head.

“Carlos is showing that he is above, that he has the maturity to manage all those spectacular situations, as a World Champion.

“The day he has a car to be in the top three, he will I say by winning as consistently as Hamilton has been in recent years, who obviously started from a base, with a car much superior to the rest.

“Obviously not this year,” he added, but “the day that happens with Carlos, I think we are seeing possible World Champion.”

🙌🏼🏎 The good result in Russia reinforces our strong commitment to keep pushing until we are back to where this team belongs!! Grazie to everyone at the track and back at the factory for your passion and dedication!! Team effort pays off! Time to focus on the next one. pic.twitter.com/2tS1ycJ4Hb

As for Formula 1’s other Spaniard, Fernando Alonso, Alguersuari reckons the double World Champion has returned at the right time.

Not only will Formula 1 introduce all-new cars next season, removing the advantage any team has this year, but all the teams will be operating under a budget cap, one Alguersuari feels Formula 1 should have brought in years ago.

“I imagine the plan was very clear,” he said of Alonso. “He has returned and this year was a transition year and he knew that every four years there are new regulations in F1 and there is an opportunity.

“Obviously, if you have 400 million euros to spend, you have more. This year is going to be different, because there is a cost cap, thankfully it has arrived now. It should have arrived many years ago. Surely neither Ferrari nor Mercedes were in favour of this option.

“Fernando knew that this measure would allow him to fight. He could benefit by having a car that is better, or more equal, to be able to attack and fight for the title. That is the plan.”

The former Toro Rosso driver, who retired from motorsport at just 25 years of age, made a return of his own this year as he joined CRG in the KZ shifter division of the world karting championship.

As for whether that will go any further, the 31-year-old isn’t saying.

“I’m not ruling out anything,” he said. “Now I come back better than ever. I enjoy racing more now than when I competed. I come back with my own pressure. I value things that I didn’t value before.

“Now I look at when I was at Toro Rosso and I see many differences. Before I was a child and now I have seen them in all colours. There is a process of learning and development.”