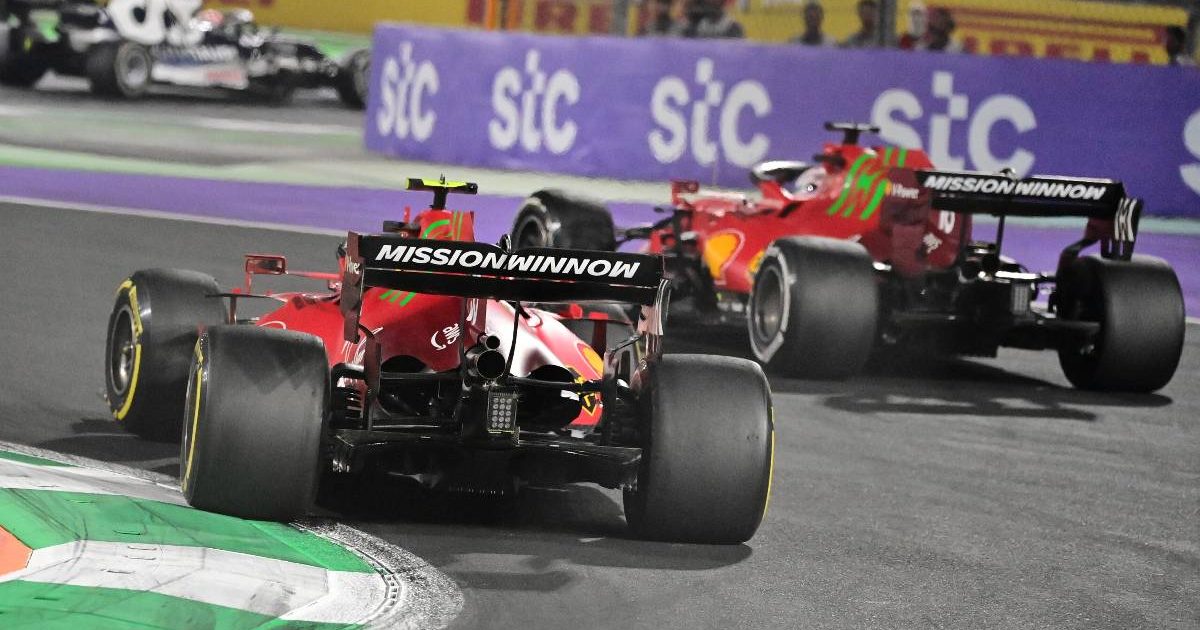 Ferrari feel that the driver package of Carlos Sainz and Charles Leclerc is a key competitive advantage over their rivals.

The Scuderia went into the 2021 campaign looking to bounce back from a harrowing 2020 which saw them slip from the upper reaches of the grid down into the lower midfield.

That mission was accomplished, with Ferrari producing a far improved season to claim P3 in the Constructors’ Championship, taking two poles and five podium finishes along the way.

The SF21 did prove to be a major improvement on its predecessor, while Ferrari’s new driver pairing of Sainz and Leclerc also rose to the occasion to deliver for the team.

Sainz would secure P5 in the Drivers’ Championship in what was his first season at Ferrari, 5.5 points ahead of team-mate Leclerc, but as a combined driver line-up they have made a strong impression on their team.

In fact, Ferrari’s racing director Laurent Mekies says that their driver pairing is as “good as it gets” in Formula 1 right now, one which is giving them a welcomed advantage over their rivals.

“We think it’s one of the strong points we do get now, not only because they describe what they feel, but also because they have the will and motivation to go back and work with us on finding solutions,” Mekies told Motorsport.com of Ferrari’s driver line-up.

“They do it with different words, so we can click things together. They don’t always agree, which again gives us a chance to look at things in a wider way.

“I think the short answer is yes, we think that part is working well. There is always more to come because of the way it is.

“But the way they complement each other, Carlos and Charles, is at the moment as good as it gets.

“They both share the same drive to push the team to recover. If you look in Saudi [Arabia], on Friday night, we were not great. We didn’t want to settle for it.

“We knew there was something more that was there in the car that we couldn’t quite grasp.

“So ultimately, a strong race pace came out from that.

“So I think long story short, these two guys, the way they work with us, the way we have integrated them, the way they are contributing is a very significant competitive advantage.

“We don’t want to stop there. We want to develop that, because we think there is more to come as well. But certainly, it’s one of the strong points we have.”