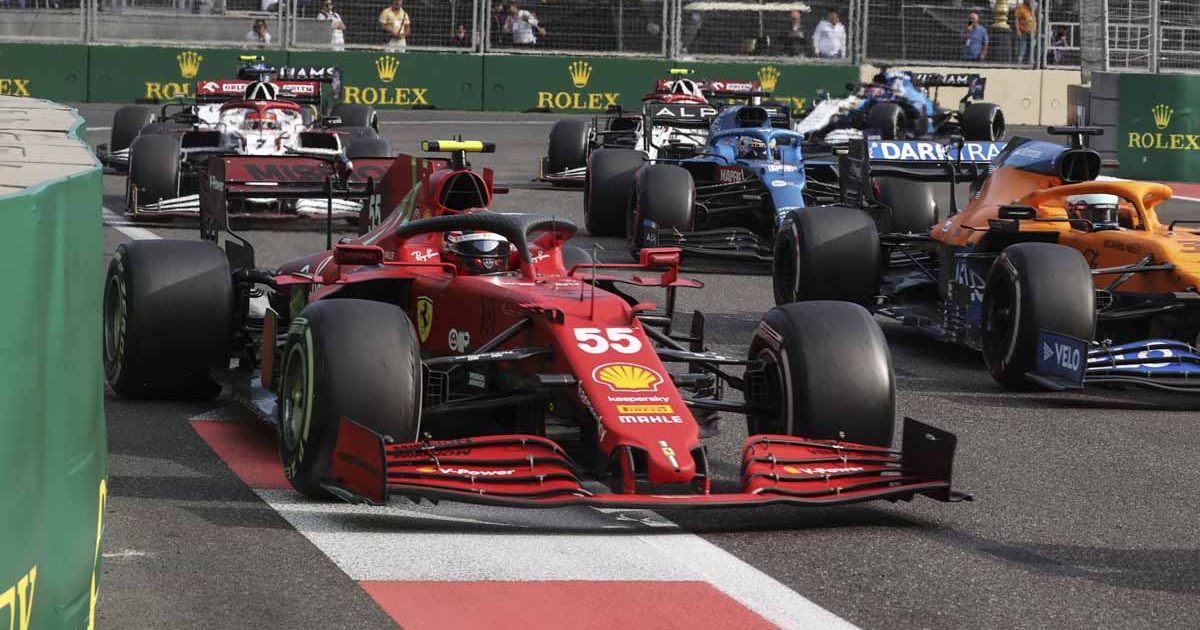 Carlos Sainz said he had cold tyre issues throughout the Azerbaijan Grand Prix, as his lock-up at Turn 8 after pitting ruined his chances of a strong finish in Baku.

The Ferrari driver had been running strongly in the race but his need to reverse back onto the circuit cost him dearly, with the Spaniard running out of the points for the majority of the afternoon.

The stoppages aided him in his comeback, eventually managing to come home in P8 – a respectable finish considering his troubles in the race – which he said came when he had rubber on his car that wasn’t yet up to temperature.

“It hasn’t been my greatest of days, to be honest,” Sainz said in the Baku paddock.

“Every time I had a cold tyre on the car, at the start, after a pit stop or in the last restart or the Safety Car, I was always struggling with front locking, the feeling of the brakes with the front tyres.

“And it has cost me, it cost me a mistake, a couple of positions at some of the starts, and in the end it means that the end result of the weekend is not as good as it should be.

“But it gives me an opportunity to focus on something and trying to improve something which is the feeling with the car, and the front tyres and the brakes in those first laps when the tyres are cold, and something that I will put focus on to try and get better in the next few races.”

🇦🇿Not the race I wanted. I struggled with cold tyres, locking the fronts at the starts and after the stop. This led to a costly mistake,so not happy with the result even though we scored points. We’ve got time now to work on it. Looking forward to France
👉https://t.co/rGrFJWfLL4 pic.twitter.com/FuNJ76wywK

After team-mate Charles Leclerc managed to take pole position on Saturday in another frantic qualifying session, the Scuderia drivers fell back in the field – but Sainz was keen to take the positives from how the team’s pace fared against their immediate rivals.

With his eventual climb back into the points, the Spaniard is keen to iron out any minor errors in his performances after his issues on Sunday.

“But the pace when I had clean air in the race was good, even though I had a lot of vibrations from the lock-up I did.

“The pace itself was still very strong, but F1 is down to details and if you do one mistake here, one mistake there, in the end you are P8.

“So I’m not happy, but I will put some focus on this and see what I can do to improve that cold tyre feeling that I still need to get used to.”