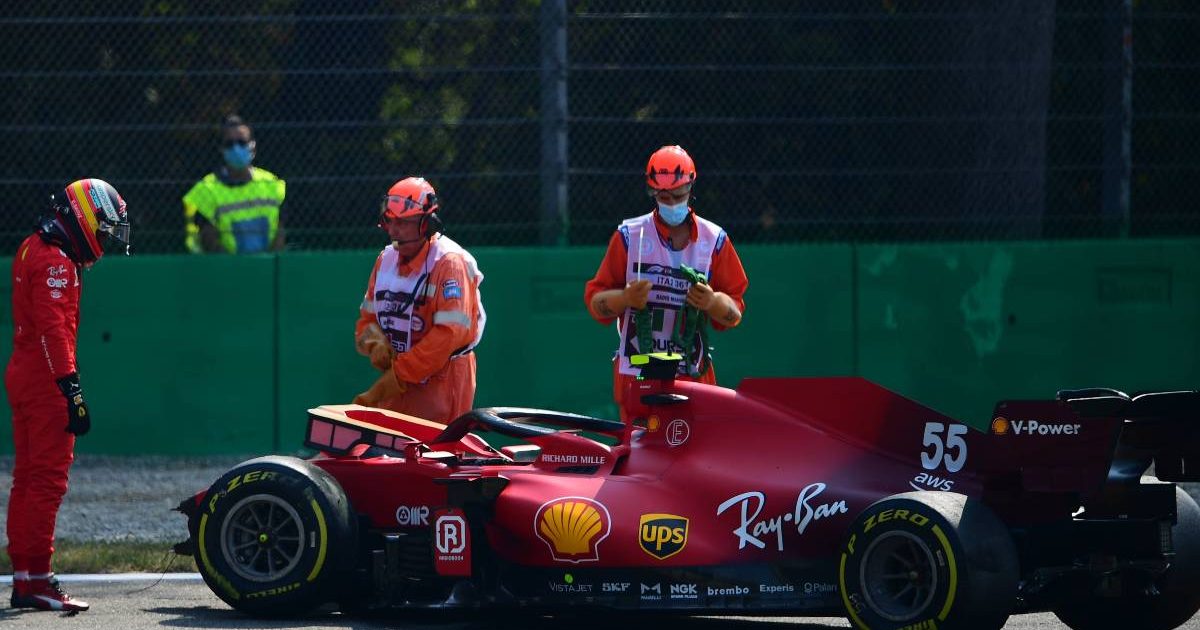 Ferrari’s Charles Leclerc and Carlos Sainz emerged satisfied from a sprint qualifying where both drivers’ participation had been in doubt – for different reasons.

Leclerc and Sainz will start the Italian Grand Prix fifth and sixth on the grid respectively after benefiting from problems suffered by Valtteri Bottas and Pierre Gasly.

Bottas won the 18-lap sprint at Monza but will start from the back of the grid due to engine penalties, while Gasly was running ahead of the Ferrari duo when he crashed out on lap one.

But it was far from certain the Tifosi would get to see the Scuderia’s two racers in Saturday’s action.

Leclerc, who had reported engine glitches on Friday, then suffered some internal troubles of his own as he felt unwell and had to see medics, but was still able to take part.

Sainz, meanwhile, had a big crash in FP2, Saturday’s first F1 running, and was concerned the team would not have time to rebuild the car before the sprint.

Reluctant to reveal exactly what his issues had been due to their delicate nature, Leclerc told Sky Italia: “For sure physically I’ve known better days, I’m not very fine.

“But in the end, the most important thing is to do the work on track and today we did that, so I’m happy about that. We maximised our potential.”

Sainz admitted his shunt had affected his confidence during the sprint due to the “weird” circumstances of it.

“I thought I wouldn’t be able to join the sprint qualifying, the mechanics did a great job,” the Spaniard told Sky Italia.

“I didn’t start well and when I arrived at the first braking zone I had contact with Gasly.

“I tried to rebuild the feeling with the car because after the incident this morning I didn’t have much confidence.

“It was a very odd crash. I just didn’t expect what happened and I wasn’t really even pushing. This kind of crash takes away quite a lot of confidence because when you’re not even pushing and you lose the car, it’s a bit of a weird one.

“I think now I’m ready for tomorrow. Charles and me are there or thereabouts in pace. It’s not like the people in front are reachable, but the people behind we seem to have under control.”