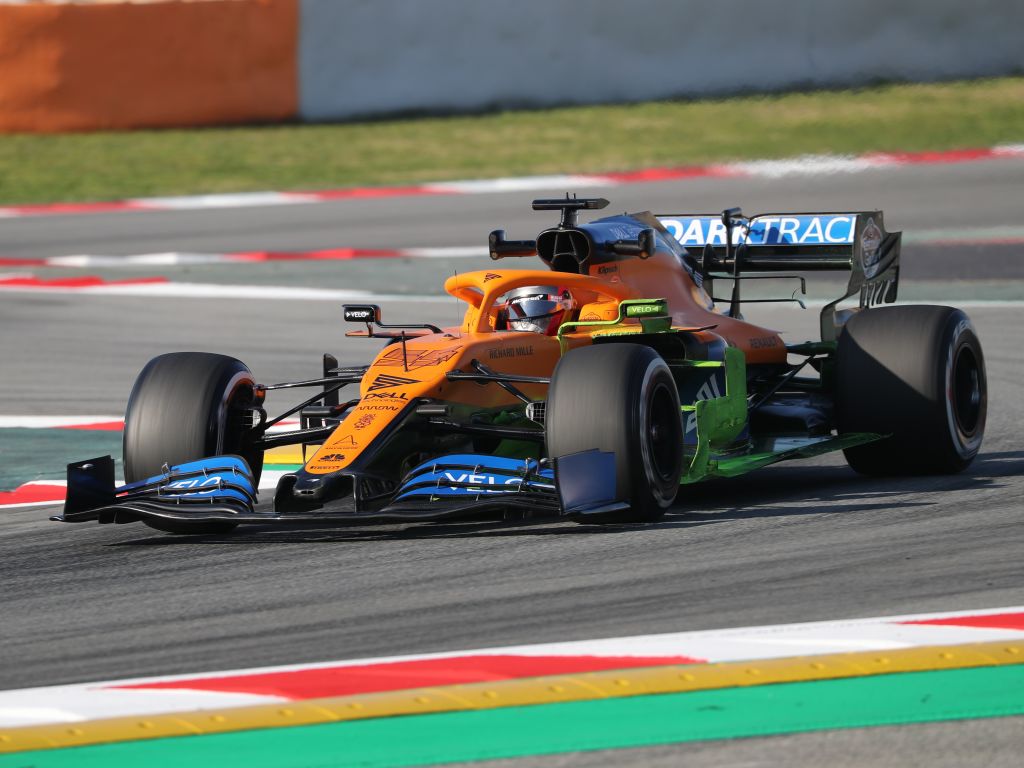 The McLaren driver was on course for a good haul of points until his car, like both Mercedes, fell victim to a puncture in the closing laps at Silverstone.

As with Bottas, and in contrast to Hamilton who held on for a dramatic victory, Sainz tumbled down the order and ended up in P13 due to his mishap – eight places behind his team-mate Lando Norris.

But it was a dice with Grosjean that left the Spaniard referring to his rival as “very dangerous”.

Close shave been Sainz and Grosjean 👀

The Haas driver was shown the black-and-white flag for unsportsmanlike behaviour with his defensive manoeuvres when being overtaken and later escaped with a formal warning following a similar incident with Ricciardo, who had called it “sketchy” on the team radio.

Sainz described it as a “race of two halves” and said, as quoted by Racefans.net: “A lot of attack in the first few laps, during the Safety Car period, and having to go through a very dangerous Romain Grosjean.

“[I did] a lot of management in that middle part of the race. We knew it would be tight on the tyres, so it was proved that it was tight when I obviously had the puncture.

“In general, I guess luck hasn’t been with me during these first three or four races. Today we lost a lot of points so I’m disappointed. But at the same time everything was done correctly up until the two laps to the end, so I cannot be too hard on the team or myself.”

Conversely, Norris continued his productive start to the season and is fourth in the Drivers’ World Championship with 36 points after his P5 finish.

“It wasn’t terrible really. I made a couple of mistakes, one on the first lap, I let Carlos by. But then after that I wasn’t too bad. I think we had a good strategy with the pit stop, we both came out in decent positions.”