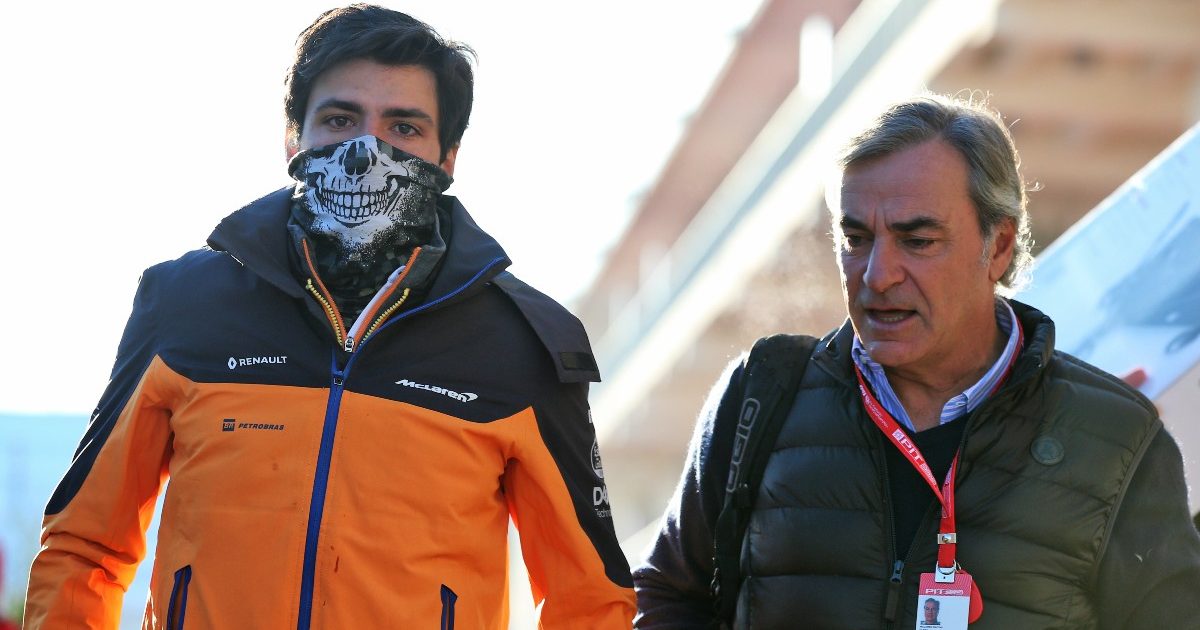 Carlos Sainz Jnr thinks becoming a bigger legend than his father is “impossible” and doubts he will ever “step out of his shadow”.

Sainz Snr is one of the most successful rally drivers of all time and widely considered the best ever. He has won the World Rally Championship twice and the Dakar Rally on four occasions.

His son has enjoyed a largely positive Formula 1 career to date, finishing on the podium twice in six seasons and earning a move to Ferrari.

However, the 26-year-old doubts he can ever match his father’s legacy and achievements.

“No, no. Not yet,” he said when asked by Motorsport Total whether he was as big a legend as his father.

“I don’t think I will ever step out of his shadow. He had a completely different career from me.”

Perhaps the only way he could do so would be to win a title himself in F1. But while that is his aim, he does not think he is close to becoming a World Champion.

“I haven’t managed that yet, even though that is of course my goal. I’m still a long way from that,” he said.

Really proud to see @Carlossainz55 wearing red and driving the Ferrari. All the best for this new challenge!

His father has also been widely credited for the impact he has had on rally driving as a whole.

In the 19 years he spent driving in the World Rally Championship, he made the sport much more popular in Spain and also played a part in a number of changes being made.

This is another reason why the Ferrari driver thinks having as big an impact in his career is “impossible”.

“He was a pioneer, a special driver back then and brought about many changes in the World Rally Championship,” added Sainz.

“Even though I am now part of Ferrari and have achieved one of my biggest dreams, if not the biggest, he has these two World Championships, four Dakar wins and this complete career.

“That will be difficult for me to catch up with. To beat him is impossible, I think.”

Sainz’s next step on his journey to matching his father’s success would be to become F1’s second ever Spanish race-winner after Fernando Alonso. But with Ferrari set to be a midfield team again, it is unlikely he will be able to do so in his first year in red.