Home News Sainz does not yet ‘fully 100% understand’ Ferrari car 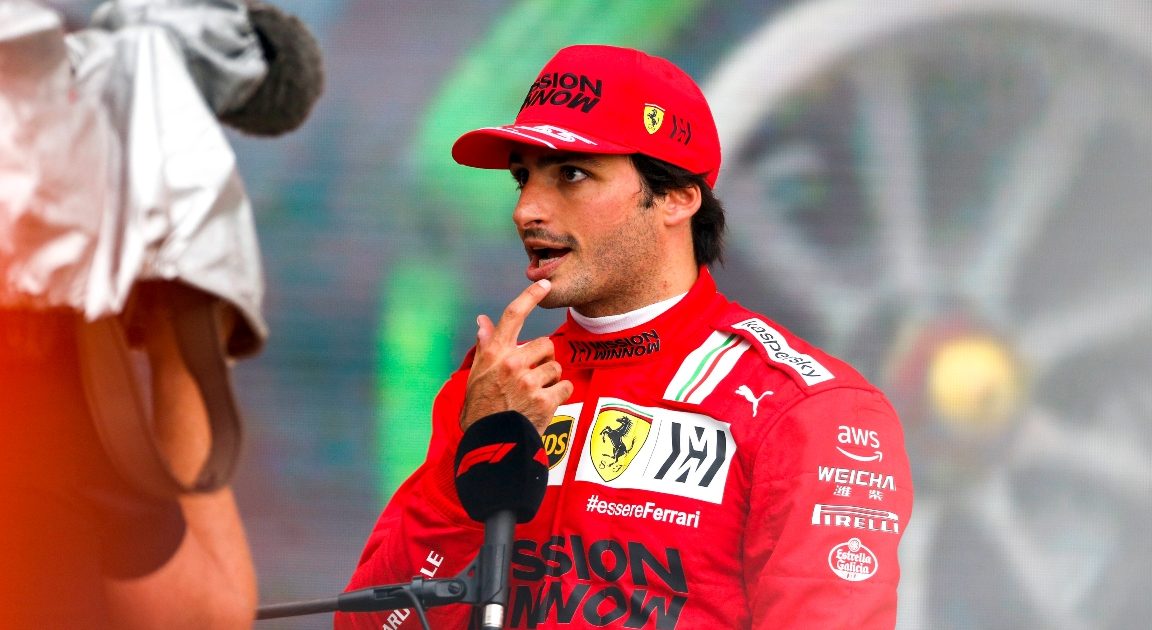 Despite enjoying an excellent first season with the team, Carlos Sainz says he still doesn’t fully understand his Ferrari.

The Spaniard has been hugely impressive in his first year driving for the Scuderia, being a close match for team-mate Charles Leclerc with him currently eight and a half points ahead of the Monegasque.

Of all of the drivers to switch teams between the 2020 and 2021 campaigns, he has, on the whole, performed the best and seemingly adapted quickest to his new machinery.

However, he has still made a few mistakes and crashed a few times during race weekends.

He admits he still isn’t completely comfortable in his car and feels there are things he has yet to understand about it.

“I guess you have seen from the outside I am still not 100 per cent at home with the car,” he said as per GPFans.

“I don’t want to bring back the crashes, but I have never crashed in my career, I am a driver that never puts it in the wall.

“For some reason, there have been a few crashes that show I still don’t fully 100 per cent understand the car.“

Last time out in Russia, Sainz stood on the podium for the third time since the start of the season, with only Lewis Hamilton, Max Verstappen, Valtteri Bottas and Lando Norris finishing inside the top three more often.

He says such results show that the team as a whole is operating well when presented with big opportunities and under pressure, which has been something of a weakness for Ferrari in recent times.

“I think we have used a lot of our opportunities to score those podiums, we are just maximising the opportunities we get,” he added.

“It is a good signal. It is a signal that the team, under pressure and in the right moments, we are performing well and we are getting the results whenever the chance is coming.”

Sainz looks unlikely to add to his podium tally at the next race of the season in Turkey though, with him set to have the upgraded Ferrari engine installed and thus take a grid penalty.

It could well be worth the sacrifice though, with Leclerc and the team both certain the new power unit is a big step forward in terms of power.