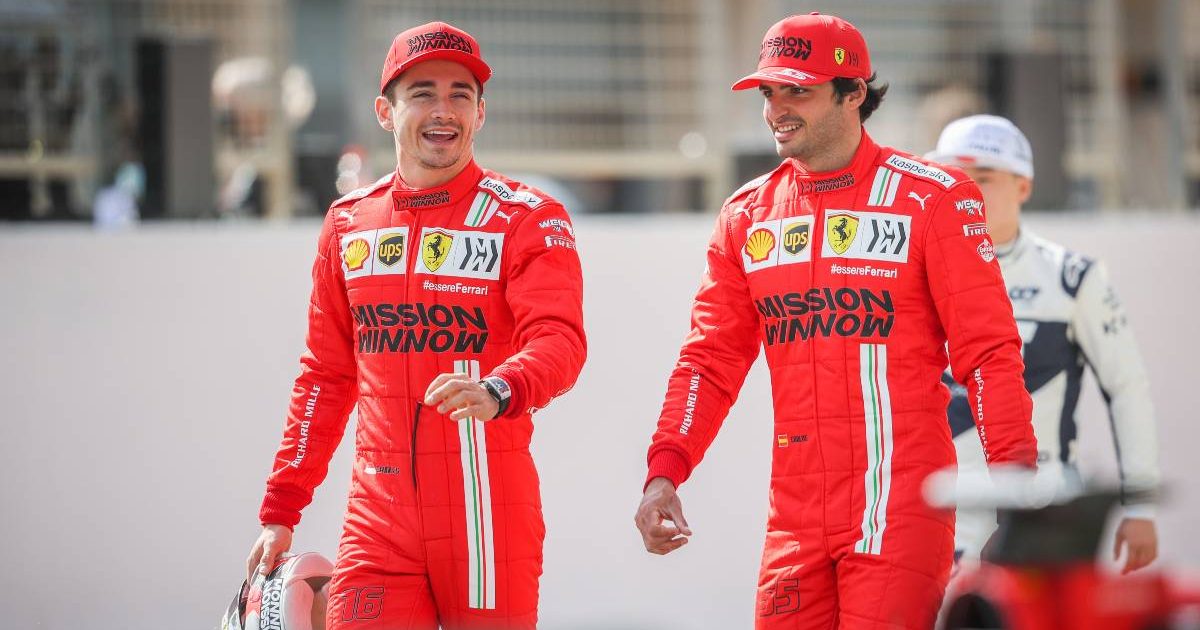 Charles Leclerc says Carlos Sainz’s enthusiasm is rubbing off on everyone at Ferrari as they try to bounce back from last year’s dismal campaign.

Ferrari ended 2020 on a real low, finishing sixth in the Constructors’ World Championship having been more used to contesting race victories with Mercedes.

But with Sainz brought in to replace Sebastian Vettel, there is a fresh approach at the Scuderia and they now have two drivers in their mid-20s spearheading their challenge.

Early signs are more promising, with Leclerc and Sainz having finished sixth and eighth respectively at the season-opening Bahrain Grand Prix – far from spectacular but a reasonable initial step.

The relationship between the drivers looks good too, with indications they are getting along well, and Leclerc has revealed the positive energy brought by his 26-year-old colleague is infectious.

“In recent years, he [Sainz] has been in several teams and I think it is always interesting to get an idea of how the opponents work,” Leclerc told Motorsport.com.

“I’ve immediately noticed his great motivation too. He is in his first year in Ferrari and you can see he immediately wants to do very well.

“This euphoria is contagious for the benefit of the whole team. I believe that for a team it is always good to have two drivers who push to get back to victory.”

The atmosphere is clearly being helped by the amount of time Leclerc and Sainz are spending simultaneously at the Maranello factory, with their increased presence being something the team were keen to facilitate going into 2021.

“The time I spend with the team is always the same, although perhaps from the outside it has appeared I am spending more time in Maranello because I have posted more photos on social media,” added Leclerc.

“What has changed is the time I spend with my team-mate because in the past Seb and I often crossed paths. I would arrive as he left, or vice versa.

“Now, with Carlos, we are often in on the same days and consequently we spend more time together.”

Next for the Ferrari duo is the aim of having a strong race in their home country, with round two of the 2021 World Championship being the Made in Italy and Emilia Romagna Grand Prix at Imola on April 18.