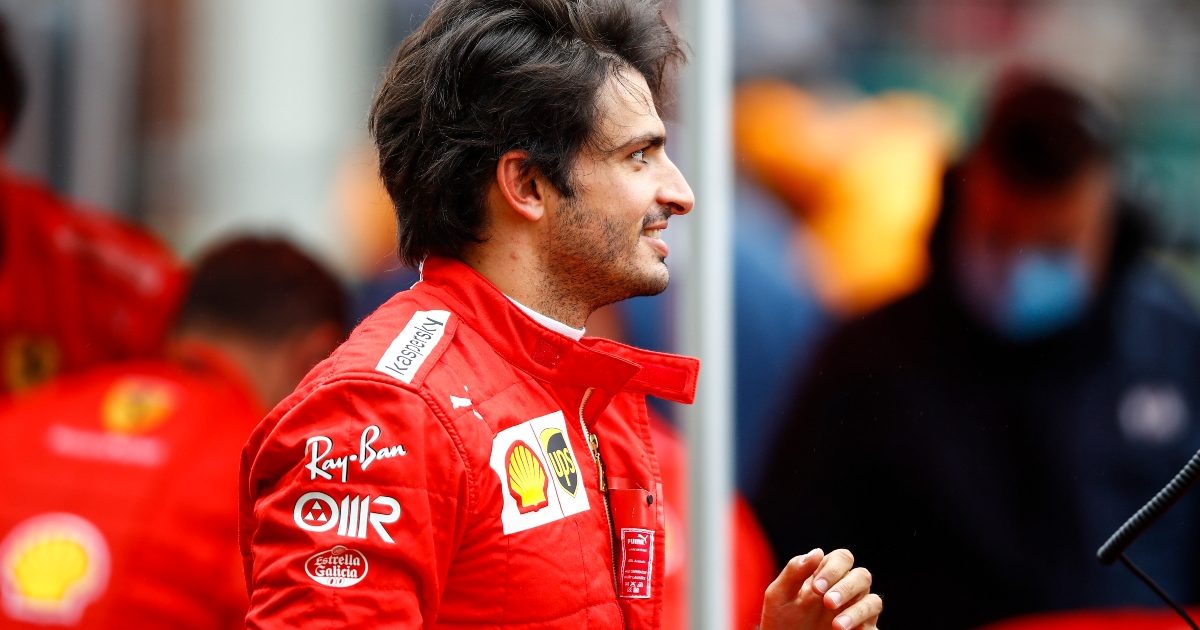 Carlos Sainz has told the story of when he signed his contract with Ferrari, and it’s not exactly glamourous…

Even with the Italian team not a frontrunner at the moment, a seat there remains one of the most desirable on the grid to many.

It certainly was to Sainz, who decided to leave McLaren and replace Sebastian Vettel at the Scuderia for the 2021 campaign and beyond.

Putting pen to the paper on that contract would have undoubtedly been one of the biggest moments of the Spaniard’s career so far, but the circumstances in which he did so wouldn’t have suggested that.

With negotiations taking place during the global pandemic, he was in lockdown with his family, and had only just rolled out of bed when he signed the deal.

“It’s actually a bit of a funny story because it had been a long negotiation period,” he told Autosport.

“It was during COVID [lockdown], so talks were all done on Zoom and phone calls, which made everything a bit more tricky.

“We had to adapt to the situation and I signed it on the exact same table that I’m doing this interview now here in Madrid, in the little office that we have in the house.

“We had been spending all the lockdown together with the family, and then suddenly one day I wake up around 8am, and I’m still in my pyjamas.

“I come into this room, and I see that my dad is ready with a pen. He says: ‘You need to sign here: it is the Ferrari contract. And it’s done if you sign.’

“So I signed it in my pyjamas at 8am, just after waking up! I was like ‘Okay, good morning to you too’.”

Not long until we will be spying him Stateside 🇺🇸#essereFerrari 🔴 pic.twitter.com/S4z4WWL5SY

Sainz has quickly endeared himself to the Tifosi with his excellent performances this season, with him currently leading team-mate Charles Leclerc by half a point.

He’s enjoying the attention he is getting from them and finds them more respectful than he expected.

“It is true that the fans in Italy are super passionate, and super respectful in a way that I didn’t expect,” he said.

“I mean even touching you, or shaking your hand, for them it is something super special. They really respect you, and they really have you on a pedestal for some reason, and it’s quite impactful.

“They get super nervous when you’re near them, and this is a feeling that I’ve never had before as a driver: just how nervous people become when you’re close to them.

“I tap them on the back and say, ‘come on, I’m a 27-year-old, like you, just relax and take the pictures’. But I often take the phone from them to take it myself.

“It is crazy and I love it. They are also super funny with the things that they say, so life has changed a bit, but at the same time I’ve managed to keep a good balance.”