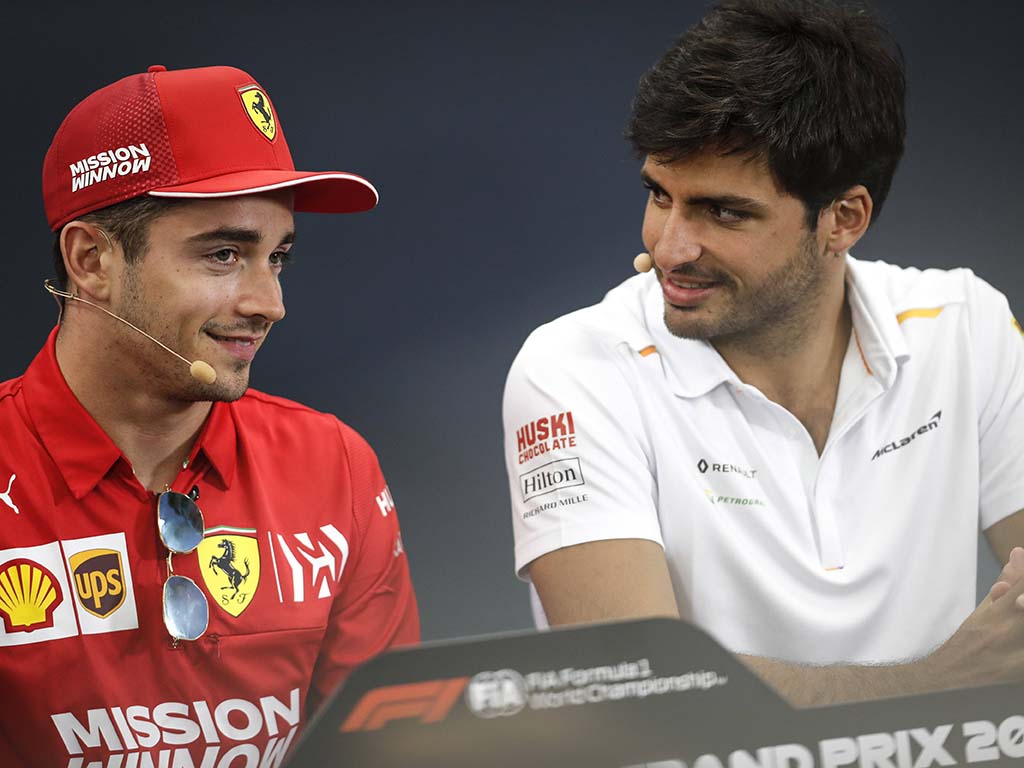 While Charles Leclerc is seen as the star man at Ferrari, Sainz will be the more experienced driver when he heads to the team for 2021, having started out in Formula 1 back in 2015.

And Hakkinen feels that experience is a big reason why Ferrari chose him as Sebastian Vettel’s replacement.

“The news that Carlos Sainz Jr is to replace Sebastian at Ferrari is great news for him following a strong season with McLaren in which he finished sixth in the World Championship including scoring a podium in Brazil last November,” he wrote in his Unibet column.

“He is a super guy, a quick driver and definitely inherited the speed and quality which for which made father Carlos Sainz Sr a two times World Rally Champion. Carlos Sr also won the Dakar Rally in January so it has been a big year already for that family! I have no doubt that Carlos Jr will be a strong and exciting team mate to Charles Leclerc.

“Although we still think of Carlos Jr as being ‘new’, he has already raced in Formula 1 for five years. He is actually going to be the most experienced driver at Ferrari and I am sure that is one of the reasons they decided to sign him.”

Daniel Ricciardo will be taking his place at McLaren from 2021 and Hakkinen is excited by the deal that his former team have pulled off.

“I am very excited by the decision of McLaren bosses Zak Brown and Andrea Seidl to sign Daniel Ricciardo as the new team mate to Lando Norris,” he said.

“Daniel has a formidable talent, especially when it comes to overtaking, and he has a very positive mindset which reflects the mood at McLaren. I have the feeling this deal will work well.

“The team is on the way up, and in 2021 will have the use of Mercedez-Benz engines, with a clear focus on returning to the podium and winning races.

“In some ways I think the news about Daniel leaving Renault has been the biggest shock of the week as he only joined the French team in 2019 and, thanks to the coronavirus, has yet to drive for them in 2020.

“Daniel clearly has the hunger to win, and that after finishing ninth in the World Championship last season he will have realised that, despite using Renault engines, McLaren had a faster car than Renault. I am sure that is when his decision to move started to take shape.”