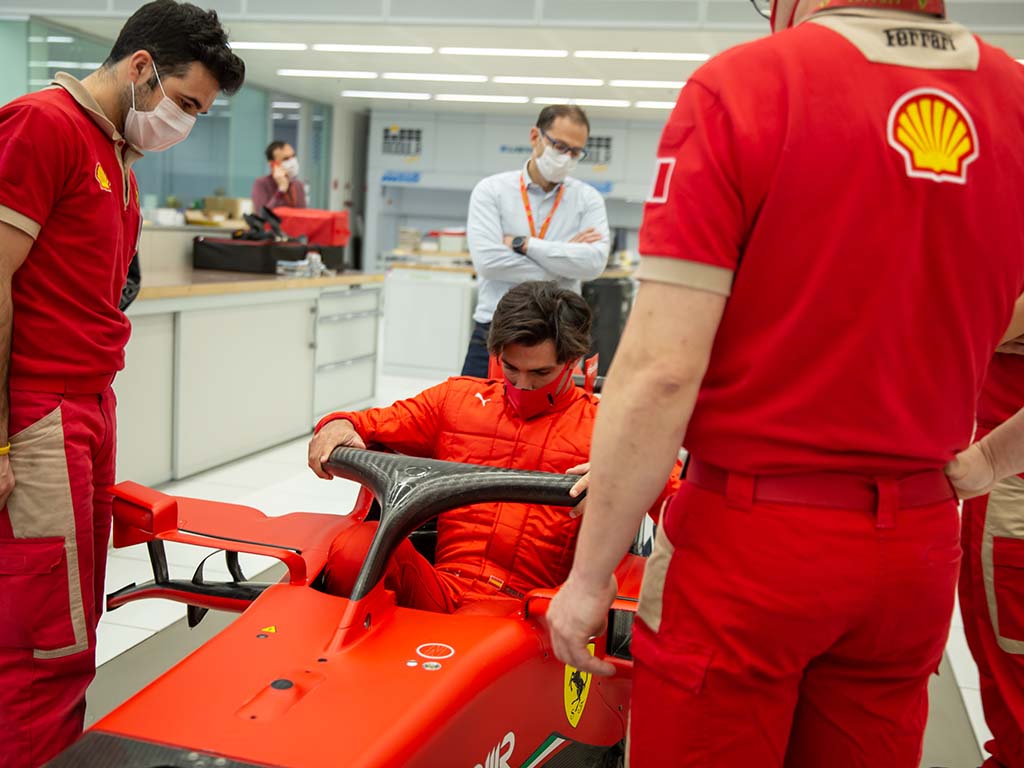 Carlos Sainz has revealed that thoughts of driving this year’s Ferrari are in his mind before going to sleep at night.

After a season like Ferrari endured in 2020, the Spaniard could not be blamed for laying awake riddled with worry about how competitive the car will be…or suffering nightmares!

But instead, Sainz, who has joined the Scuderia from McLaren for the 2021 campaign, hopes his dreams of Formula 1 glory will come true as he targets going one better than his runner-up finish in last year’s Italian Grand Prix – and perhaps eventually even a World Championship.

Asked during an Instagram Q&A, and reported by Soymotor.com, which Formula 1 car he dreams of driving, Sainz said: “This year’s one. I’m already impatient to see how it drives and how it handles.

“I go to sleep every day wondering how it will feel compared to my last cars in F1. I can’t wait!”

Although the 26-year-old will have to wait until pre-season testing in Bahrain from March 12-14 to actually sample the new Ferrari on track, he is set to gain experience of the 2018 model in a seven-driver test at Fiorano this week.

That ties in with the time Sainz is spending at the Maranello factory as he integrates himself into the team, with whom he joins Charles Leclerc to form their driver line-up for 2021.

“It’s incredible, these days at the factory are very special,” added Sainz. “Putting on the red overalls, getting into the F1 car in the simulator and seeing the Cavallino on the steering wheel… these are things that make you feel special.

“I’ve already been to Maranello three or four times this year. For my part, I’ve had to do a lot of simulator work to get ready for my first test. I’m meeting new faces and I have to learn the names, but I’m not very good at that!”

Sainz was also asked about Lando Norris, his former team-mate at McLaren with whom he enjoyed a ‘bromance’ – or, at the very least, one of the friendlier relationships in the paddock.

“I don’t miss Lando. After the season we needed a break from each other,” said Sainz.

“That doesn’t mean I will miss him this year. We will see.”