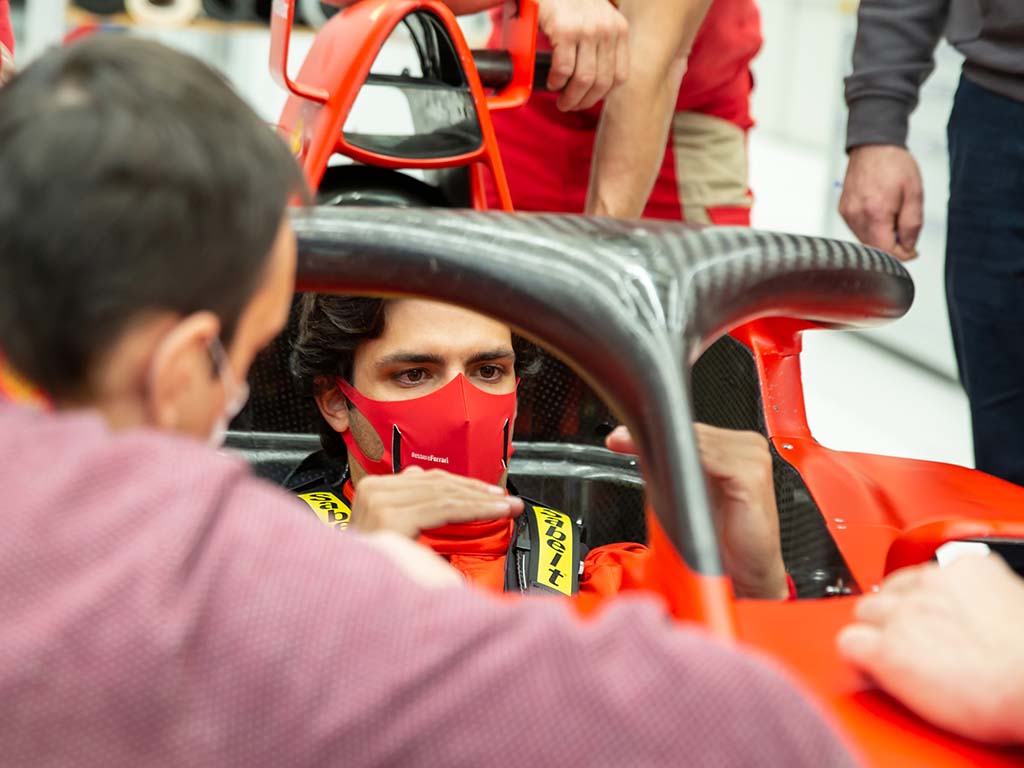 Carlos Sainz will drive a Ferrari for the first time since his move to the Italian giants when he samples the 2018 version next week, according to a report.

The Spaniard is in the process of becoming integrated with the Scuderia following his switch from McLaren, which was announced before the 2020 campaign had got under way.

Replacing Sebastian Vettel, Sainz is the new team-mate of Charles Leclerc and paid his first visit to the Maranello factory before Christmas, while he was also back there last week as preparations continue for the new season which starts in March.

RaceFans report that both Sainz and Leclerc will run one of the old Ferrari cars at the Fiorano test track next week in their first action since the Abu Dhabi Grand Prix on December 13.

Even though it will be somewhat different to the car in which he will race this year, Sainz is sure to derive plenty of benefit from the experience – especially as pre-season testing, in Bahrain from March 12-14, has been reduced to just one-and-a-half days per driver.

However, the rules state that teams can run cars which are two or more years old in private tests. Thus the 2019 Ferrari could be used but RaceFans state that the 2018 chassis, which was used for tests last year, is readily available.

Sainz and Leclerc, the report says, are expected to spend one day each at the wheel of the SF71H. Leclerc previously drove the car in a test at Mugello last year.

Ferrari team principal Mattia Binotto had previously said: “We are planning to organise something for Carlos, to make sure he can speed up somehow his integration with the team, with the engineers, with the car, with our way of working, our procedures.

“Simulator will be important in that respect… but yes, we are currently trying to organise January time to run with an old car, just to make sure again he gets used to the team and our procedures and know the people.”

The test gives Sainz an advantage over rivals such as Vettel and Daniel Ricciardo, who also moved teams as a result of Ferrari’s decision to change their line-up for 2021.

Neither Vettel, who has joined Aston Martin, and Ricciardo, now at McLaren, have the opportunity to run an older car to give them a feel of their new brand of machinery before pre-season testing takes place.