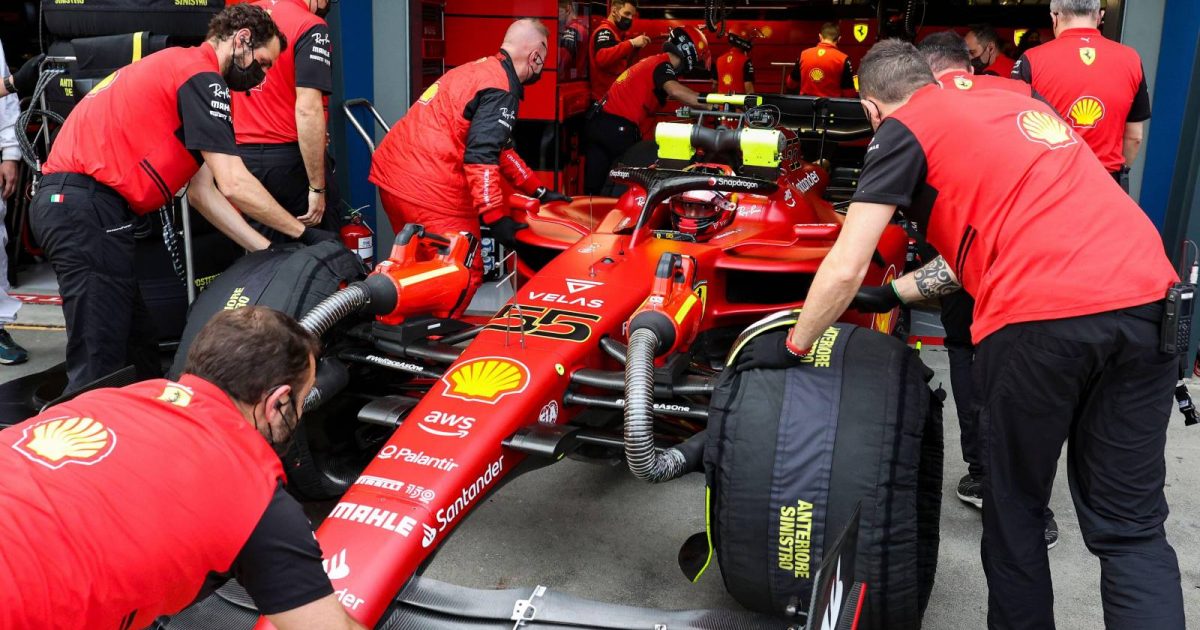 Carlos Sainz will reportedly run Ferrari’s upgraded engine, the PU2, at the Emilia Romagna Grand Prix, the Scuderia introducing it earlier than expected after his Melbourne troubles.

Sainz failed to finish the Australian Grand Prix, the Spaniard crashing early in the race as he tried to recover from his poor start with anti-stall off the line having cost him places.

But while Ferrari were able to repair his car, the same cannot be said of his engine.

According to formu1a.uno, Ferrari found a problem with his power unit and opted to put a new one in the car for Imola

Given that they had to make a change no matter what, the Italian publication says Ferrari decided as ‘a precaution’ to bring forward the introduction of’ PU2.

The report added that Sainz’s F1-75 will be fitted with the engine with its ‘reinforced ICE which will be able to guarantee extra horsepower’.

The engine will be fitted from FP1 onwards given that Imola is the season’s first sprint race weekend with qualifying taking place on Friday evening.

Ferrari have confirmed the change “as a precaution following the impact in Australia as we do not want to take any risks with the Sprint weekend format”, but did not say whether it was the PU2 or another PU1.

Ferrari were initially expected to wait until Miami and Barcelona to introduce the upgraded engine.

Miami was to see the new ERS in play while a new MGU-K, battery and control unit were to be debuted at the Spanish Grand Prix.

The good news for Sainz is that the PU2 has already shown ‘positive’ results in the simulator according to Motorsport.com.

It adds that the ‘new hybrid should ensure an increase in power as well as ensure more electric strategies, in compliance with the reliability parameters’.

Sainz’s PU1 will be added to the repaired and added to the pool to be used in future Friday practice sessions.