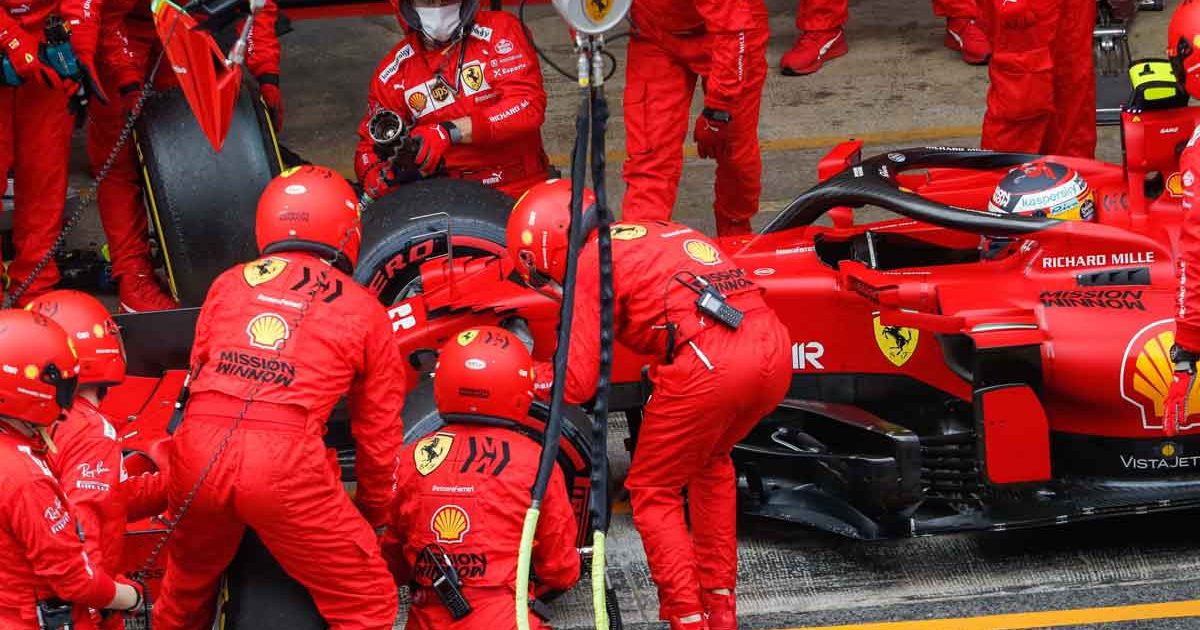 Carlos Sainz was disappointed with a P7 finish in Spain, believing he “left points on the table” as he spent most of his race stuck behind other drivers.

The Ferrari driver had qualified P6 on the grid but lost a couple of places at the start of his home race and could not find a way past Daniel Ricciardo in the latter stages to get back into the top six.

After team-mate Charles Leclerc ran a strong race and came home in P4, Sainz was left to reflect on what might have been on a day when Ferrari looked to have strong pace in Barcelona.

“Not very satisfied, to be honest,” Sainz told Formula1.com after the race. “The car was better than the result. I felt like today, for the first time of the year, we were clearly the quickest car of the midfield but I got a poor, poor first lap.

“More than the first lap is that I was boxed in into Turn 1 and I couldn’t go anywhere. I guess I need to analyse what can I do better at the start to not lose the positions. Because from then on, we were fighting to get back.

“Overtaking was very difficult – possible but very, very difficult, especially for us. We executed a good strategy, a good couple of pit-stops and we managed to make it to P7. I felt like we left some points on the table.”

🇪🇸Not very satisfied with this P7. We could’ve made it to P5 with a stronger start. I lost a couple of positions there, but we got back in the fight with a very strong pace and good strategy and pitstops. All in all, good team result. We keep pushing.

As he chased down Ricciardo with the pair on fresh rubber, Sainz managed to get past his former team-mate Lando Norris in a late move heading up to Turn 1, but the Briton was given a black-and-white flag for moving twice to defend.

Norris said after the race he had not meant anything aggressive towards the Ferrari driver and Sainz played down the incident between the two as the pair came away unscathed.

“From my side, it was a very close reaction to Norris’ movement,” he elaborated. “I think I nearly crashed into him, but we talked after the race and it’s all good. To be honest, black-and-white, whatever, I’m good with him.

“Regarding that move, obviously I had a 15-20 lap tyre delta to [Norris] which made the overtaking a lot easier than what it was to Ricciardo, because Ricciardo, we had the same tyres, same age of tyre, which means I think compared to the McLaren, we were at least two or three-tenths faster per lap.

“But even like that, with the dirty air of these cars, I think you need to be more than a second quicker than the car in front to be even able to do a move on someone, so those three or four-tenths advantage I had on pace on Ricciardo was not enough to go side-by-side with him into Turn 1.

“It’s something we are trying to improve also, the top speed, and hopefully we can be better at it later in the year.”