Home News Sainz P4 among his ‘most frustrating moments’ 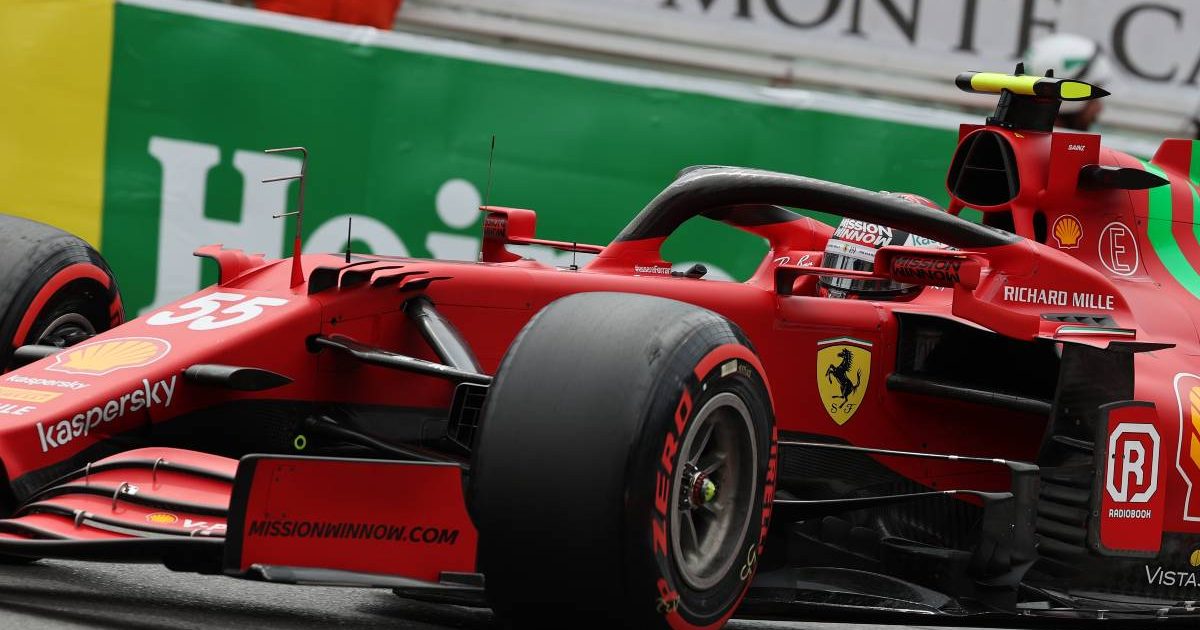 Carlos Sainz experienced one of his “most frustrating moments” in F1 – despite his best qualifying performance for Ferrari so far on the streets of Monaco.

The Spaniard has made a highly promising start to life with the Scuderia and judging by this weekend’s performances up to now, it has the potential to get even better.

In only his fifth race for the team, Sainz, along with his colleague Charles Leclerc, has taken a big step up in competitiveness to be right on the pace with Mercedes and Red Bull in free practice and qualifying.

Pole position for the Monaco Grand Prix was up for grabs among several drivers but just when he thought he had a real shot, the 26-year-old’s final flying lap was aborted when his team-mate crashed seconds before the end of the session and brought out the red flags.

That meant it was Leclerc himself on pole – unless his badly-damaged car needs a replacement gearbox, which would incur a grid drop – with Sainz fourth, just behind Max Verstappen’s Red Bull and Valtteri Bottas’ Mercedes.

The man who joined Ferrari from McLaren for this season thought he had been denied the chance to vie for his first ever F1 pole position.

“Very, very frustrating, tough to accept,” Sainz told Sky F1. “It’s not every day of your life you get the chance to go for a pole lap around Monaco and to not even have that opportunity in the second run is tremendously frustrating.

“You can imagine today I’m disappointed because I’ve had the pace all weekend to be on the front row, pole or not – it depends on Verstappen, Charles or me putting the lap together. But at least go for it and get the chance, and to not even have the chance is frustrating.

“I must admit I think this is one of my most frustrating moments as a racing driver. It’s very tricky to digest it. That’s because in the next five years of your life you don’t know how many chances you’ll have to go for it in Q3 and put it on pole for Ferrari around Monaco.”

Nevertheless, Sainz, who started third and finished second for McLaren at Monza last year, believes a never-to-be-forgotten Sunday could still be ahead.

“The confidence is high. When I look back at the weekend after a few days to digest, I will say ‘look, fifth race with the team and I’m fighting for pole’ so it’s not like I can be disappointed with it. Maybe I will be prouder than what I am [now].

“It’s the fact that today I went into qualy knowing I could put it on pole and to be fourth is tremendously disappointing, especially because I didn’t get the chance to go for it in Q3.”