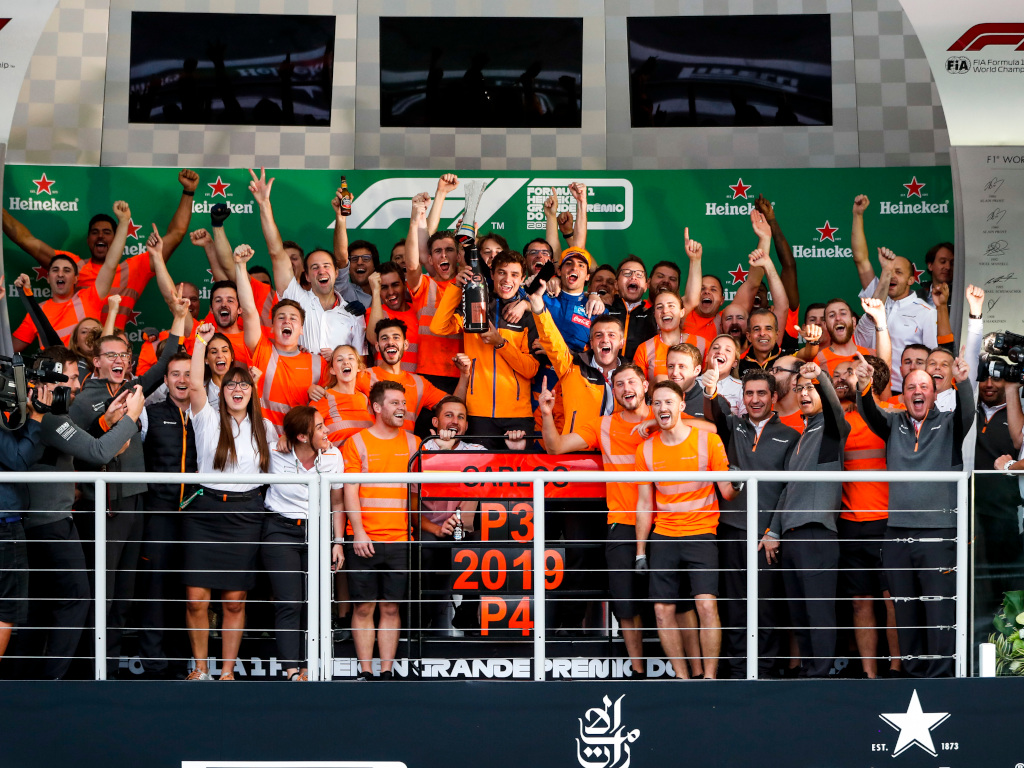 Carlos Sainz admits he was “very surprised” to see McLaren were “still firing and hungry for results” after a tough couple of years and hopes their “competitive spirit” will remain the same in future.

McLaren have endured a nightmare couple of years as they have finished ninth, sixth, ninth, sixth and ninth in the Constructors’ Championship the past four years.

However, they have taken major strides forward this campaign and are assured of fourth in the standings.

The cherry on the cake for their 2019 performance came at the Brazilian Grand Prix when Sainz ended their long wait – 2,072 days to be exact – for a podium as he finished P3.

The Spaniard praised the team’s spirit after the Interlagos result.

“We just need to keep working, I’ve seen a lot of fire in this team this year,” he told Sky F1.

“I’m very surprised, after such a tough season last year, with how this team was still firing and hungry for results.

“That’s the competitive spirit we need to make sure we continue to have.”

Team boss Andreas Seidl added: “I’m happy for the entire team, everyone has done so much work throughout the year.

“Performing P4 for us is a big step forward, and great motivation for all of us to keep working hard with the clear aim that at some point that we fight for podiums down to our own outright performance.”