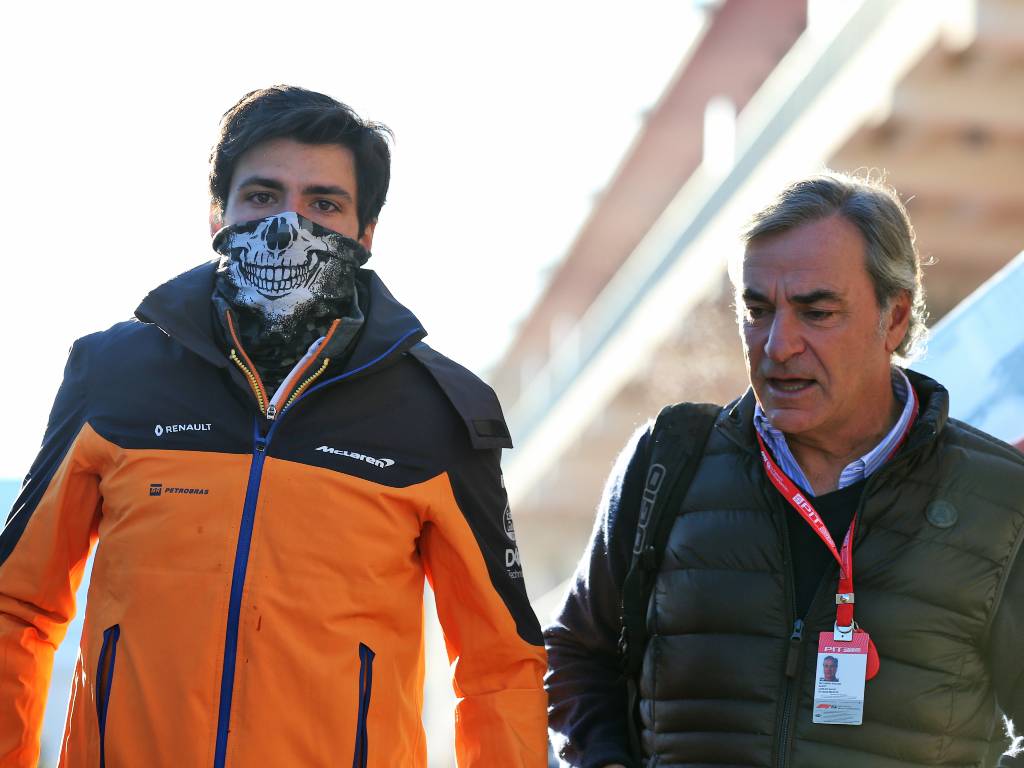 Sainz snr was the king of rallying in the early 1990s, winning the sport’s biggest title twice and collecting 26 WRC victories in total.

At the age of 58, the Spaniard still competes in the gruelling Dakar Rally each January and has won it three times, including this year.

He also offers the benefit of his vast experience to younger drivers such as Cohete Suarez, Pepe Lopez and Jan Solans.

That gives Sainz a similar kind of role in rallying to which Marko fulfils in Formula 1 under the latter’s title of head of Red Bull’s driver development programme.

As a former part of that programme himself, racing for Toro Rosso before moving on to Renault, currently McLaren and next year Ferrari, Sainz jnr knows all about how Marko operates.

And with the 77-year-old Austrian known for being ruthless in his approach to drivers, Sainz jnr has suggested his father applies a rather more diplomatic stance to his dealings with the younger generation.

Speaking during a Q&A with Marca after Sainz snr received the prestigious Princess of Asturias Award for Sports, the 26-year-old said: “Red Bull is Red Bull, it has its way of doing things. They have helped many drivers, some 50 or 60, with money that they all appreciate and I am also grateful.

“But they also had a very high demand, and a very aggressive measuring stick, where you won or they kicked you out.

“When he talks to his sponsored ones, my father is demanding, but I see him understanding and guiding the driver well on the way to do it, compared to Marko.

“In the World Championship rallies nobody knows more. If he has helped me in something that was not his profession like F1, I don’t want to imagine if I had dedicated myself to rallying. He must be a good companion.”

Sainz jnr also admitted that when his father is competing in the Dakar Rally he gets “more nervous than with my races” – especially as he was too young to remember much of his father’s career having been born two years after his second and last World Championship.

He added: “The Dakar I live a lot. I would like to have lived through his stage of the World Championship knowing a little more, with more knowledge of rallies.

“I have very few images of my own. There have been more videos that I have seen and that makes me a little angry.”