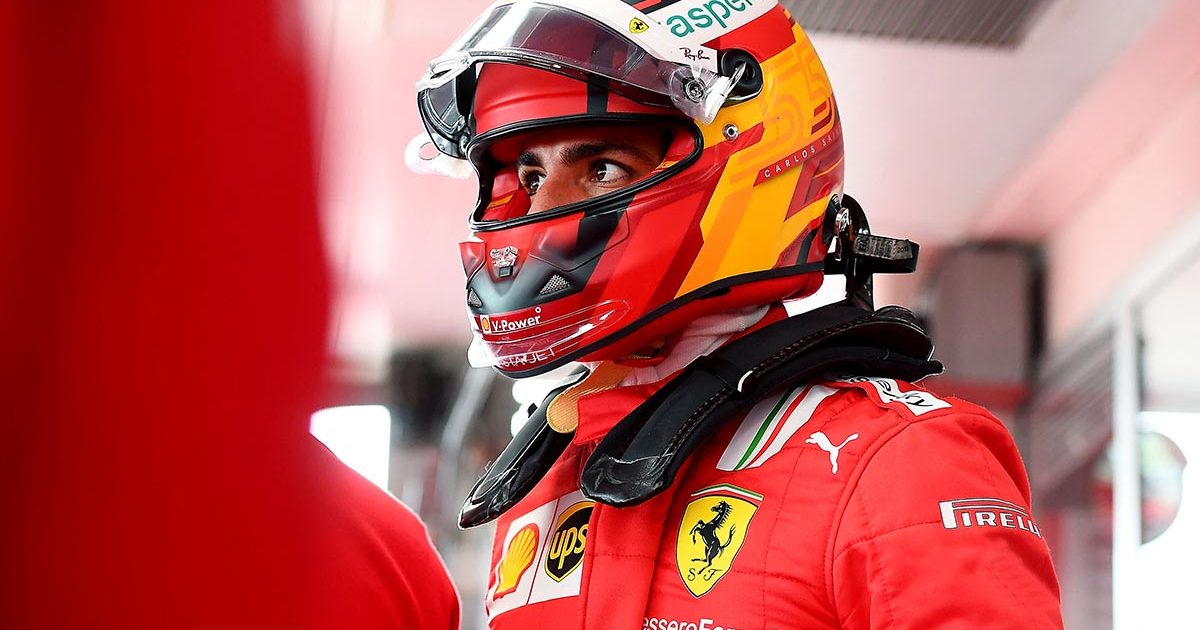 Carlos Sainz knows he still has a long way to go before he considers himself at the same level he was at previous team McLaren.

The Spaniard was one of the stand-out drivers on the Formula 1 grid in the last two seasons with McLaren, bagging one podium in each campaign on his way to back-to-back P6 finishes in the World Championship standings.

His performances provided Ferrari with more solid evidence that this was the driver to replace Sebastian Vettel and help Charles Leclerc in bringing the Scuderia back towards the top of the pecking order in Formula 1.

The youngest duo in Ferrari’s Formula 1 history have already combined for consecutive points finishes in the first two races of the season, but Sainz says he still nowhere near in the same comfort zone as he was at McLaren.

“That’s something… I [set] myself as homework over the winter and I’ve been working really hard,” Sainz said on F1 TV’s Post-Race Show in Imola.

“I’ve been spending a lot of time in the factory and I’m working very hard with the guys. I’m still far off from being the Carlos of McLaren and I know that and the team knows that.

“But I have flashes of a lot of speed like we saw in Bahrain qualifying. We saw it again in the wet [at Imola] that I was flying in some laps, even in the mixed conditions.

“So there’s some very good flashes out there and now we just need to keep working, let the races go by and all the experience will join together and it will make me stronger.”

Sainz has spending so much time at the Maranello factory, in fact, that Ferrari were struggling to keep him busy to begin with as they simply were not used to a driver coming in as often as he does.