Home News Sainz ‘lacked feeling’ for braking in the wet 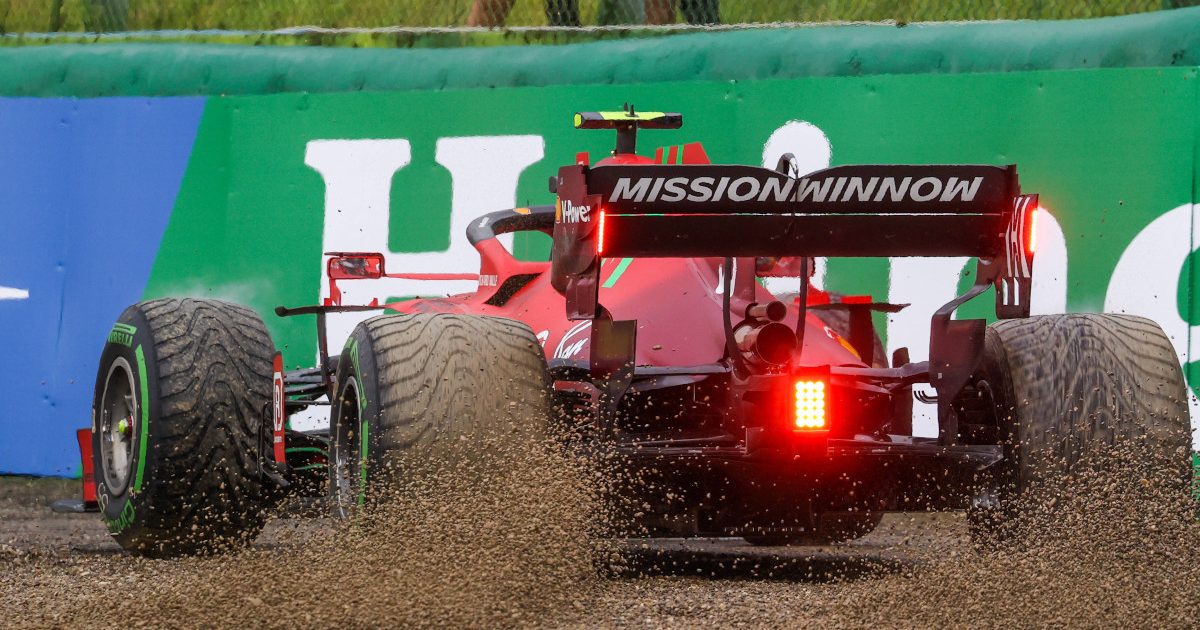 Losing an estimated 10 seconds through his mistakes, Carlos Sainz says he missed an opportunity to score his first podium with Ferrari at Imola.

Starting Sunday’s Emilia Romagna Grand Prix from 11th on the grid, Sainz was one of several drivers going off the track in the tricky conditions.

As it dried out, he felt more comfortable in the car and was up in fifth place when the race was red flagged for George Russell and Valtteri Bottas’ crash.

With Sergio Perez joining the list of drivers going off, Sainz was promoted to P4 and, with Lando Norris on the soft tyres, it briefly looked as if Ferrari could be on track for a double podium finish.

Norris’ tyres, though, did not let go with the McLaren driver taking third place while the red flag allowed Lewis Hamilton to unlap himself and storm from P9 to P2.

In the end neither Ferrari driver made it onto the podium, Charles Leclerc finishing fourth and Sainz P5.

2.4s off the pace, the Spaniard was left to regret his off-track excursions which he reckons cost him 10 seconds.

“Considering that it’s just my second race, the first time in the wet, that I started eleventh, and I finished fifth, all things considered it’s a good result for me,” he told Sky Italia, “this is sure.

“But you already know that I want more, and today we were very close to the podium. I saw it was near, I was there, two or three seconds from the podium and I know how much time I lost going in the gravel.

“I was trying the feeling in braking, that is what I was lacking. In the corners I felt the grip and I liked that, but braking I lacked it quite a lot.

“I made that mistake, where I lost ten seconds, something like that, but then I was faster and I recovered very fast. And then in the dry I was really fast as well, but we still lack a bit of speed.”

He added: “I learnt many lessons and good feelings as well. Because being so fast in my first time in the wet, and risking so much as I did at the start overtaking many cars are a lot of good signs.”

Two races into this season and Ferrari are fourth in the Constructor’s Championship, seven points behind McLaren, while Sainz is P6 in the Drivers’ standings.