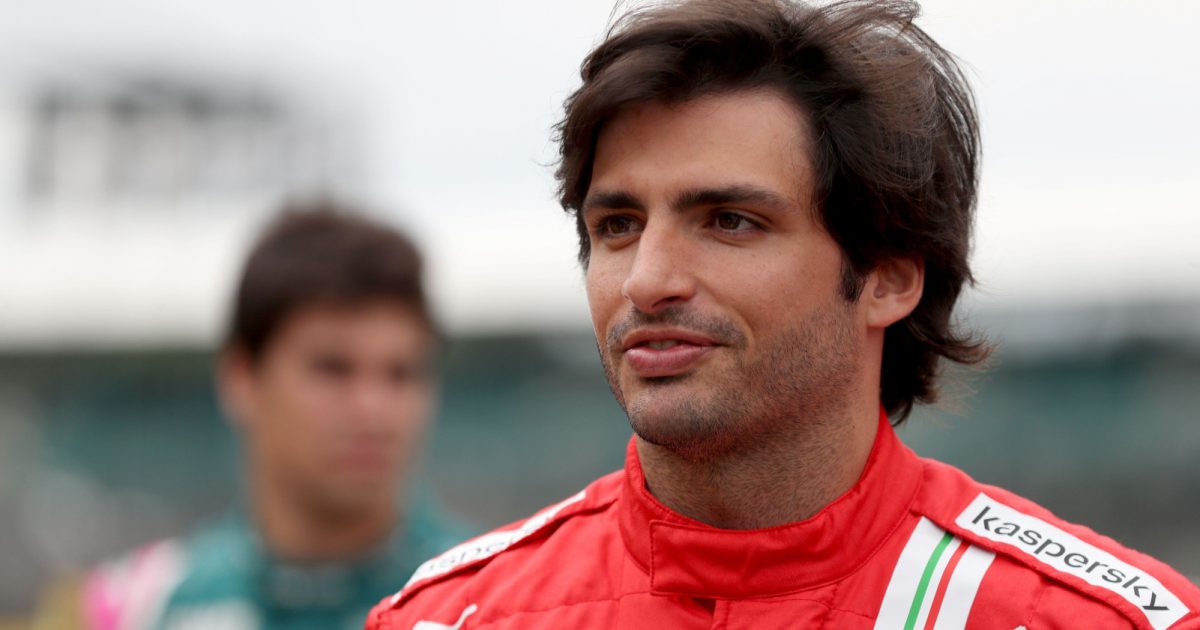 Said to be at loggerheads with Ferrari over the duration of his contract extension, Carlos Sainz says he laughed at the reports as the deal was already agreed and signed.

Although both Sainz and Ferrari made it clear in the pre-season that that they wanted to continue working together beyond 2022, weeks went by without confirmation of a new deal.

That led to rumours about the hold up.

Earlier this week it was said to be the duration of the deal with Sainz wanting a two-year contract and Ferrari only willing to offer him one season with an option for a second.

Sainz laughed at the rumours as while all that was going on, he had already put pen to paper on the new deal, they were just waiting to announce it.

“You can imagine how much I was laughing at home when people started writing these things,” he said at Imola as per Autosport.

“Because I had everything pretty much done and we were just waiting for Imola to announce [it].

“Funny times, like always in Formula 1, with the gossip and all that.”

Ferrari eventually confirmed on Thursday, on the eve of their first home grand prix, that Sainz would be staying on for a further two seasons.

The 27-year-old will continue as Charles Leclerc’s team-mate through to the end of the 2024 season.

“It was super straightforward, to be honest,” Sainz said of the extension.

“It’s been easy going. I guess after such a good first year like we had, just getting to agree through the winter was fairly easy for both parties.

“And now having the opportunity to announce in a place like Imola in front of the tifosi on a weekend like this, I think it was ideal.

“So, we put together a good plan for the announcement being here.”

Prior to his Ferrari deal, his longest stay was two and three-quarter seasons with Toro Rosso before he moved to Renault and then McLaren.

“It’s key,” he said of his four-year stay with Ferrari.

“It’s no secret recently that not only me, I think you’ve heard also other drivers saying that it’s important on the driver’s side to have full mind focus on the performance, on the racing, and not having to focus too much on what the future holds.

“And for me, I have been, since I discovered when I raced for McLaren, I’ve been very vocal towards [contract stability].

“And yeah, honestly, I’ve been pretty sure all the winter that we were gonna secure this, so it’s not like I was worried in the first three races [so far in 2021].

“But it always gives you that extra bit of a boost.”