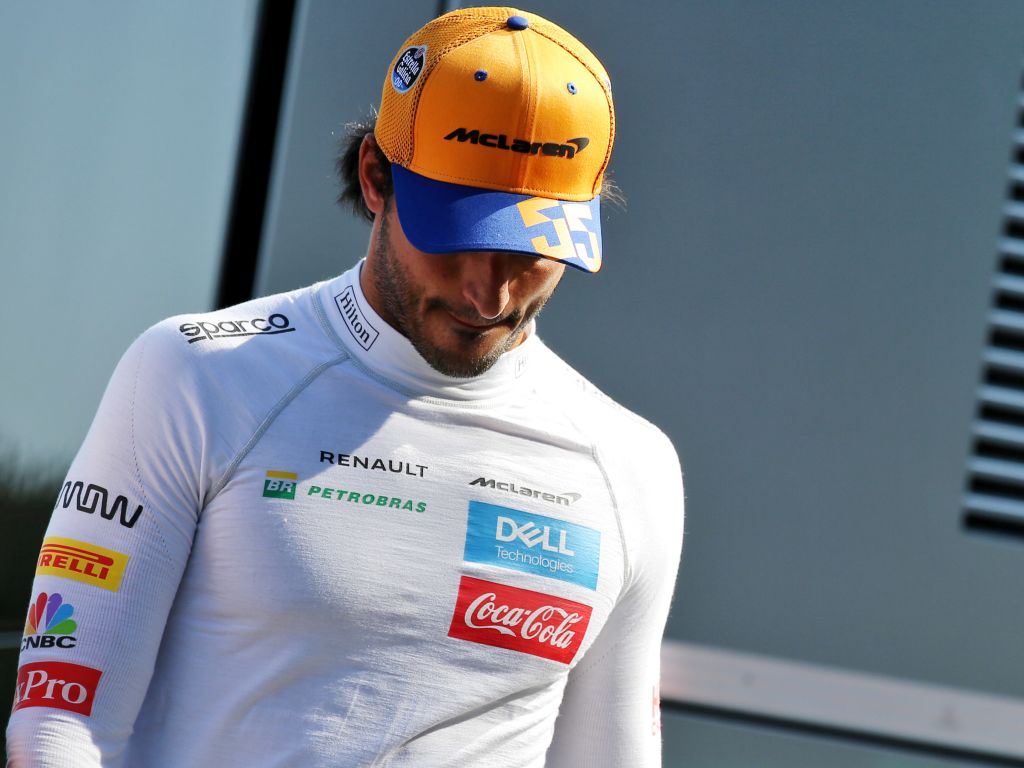 Carlos Sainz has promised McLaren that he is 100% committed to the team “until the last lap of the last race”.

Sebastian Vettel sparked what became a frenzy in the driver market when he announced that 2020 would be his final season with Ferrari.

Silly season began to gather pace then when Sainz was named as his replacement from 2021, before Daniel Ricciardo announced that he would call time on his Renault spell at the end of the year to take Sainz’s spot at McLaren.

Sainz has said that he agreed the Ferrari switch with McLaren’s blessing and he has made his intentions clear to finish on a high with the Woking team.

But going beyond that, the Spaniard has promised the team that he will be giving 100% until the very “last lap” of his McLaren career.

Speaking on the In The Pink podcast, he said: “I think it’s going to be a smooth transition, very easy going.

“Everyone at McLaren can be 100 per cent sure that until the last lap of the last race, I’m going to be a McLaren driver pushing flat-out and being fully focused on the McLaren job.

“When that’s over I will focus on Ferrari, but I don’t want one thing to interfere with the other. I am fully committed to this project, to this team, I want to finish on a high and I’m going to give my absolute best.

“Then there will be time to start thinking about the next season with Ferrari, which for sure will have its challenges, it’s not going to be easy at all, but at least I need to try and finish on a high with McLaren.”

Sainz started his F1 career with Toro Rosso, but it was fellow Red Bull junior Max Verstappen who got the call-up to the senior team in 2016, leaving Sainz with a sour taste.

He would have a loan spell at Renault in 2018, but Sainz has always said that McLaren was where he truly found himself after leaving the Red Bull programme behind to join the team ahead of the 2019 season.

And he said this next chapter of his career with Ferrari was only possible because of McLaren.

“They are very special people [at McLaren], very important people in my career, because without them the Ferrari opportunity wouldn’t come,” he said.

“In McLaren I think I’ve managed to be best version of myself.”