Home News Sainz bond with McLaren ‘will never be broken’ 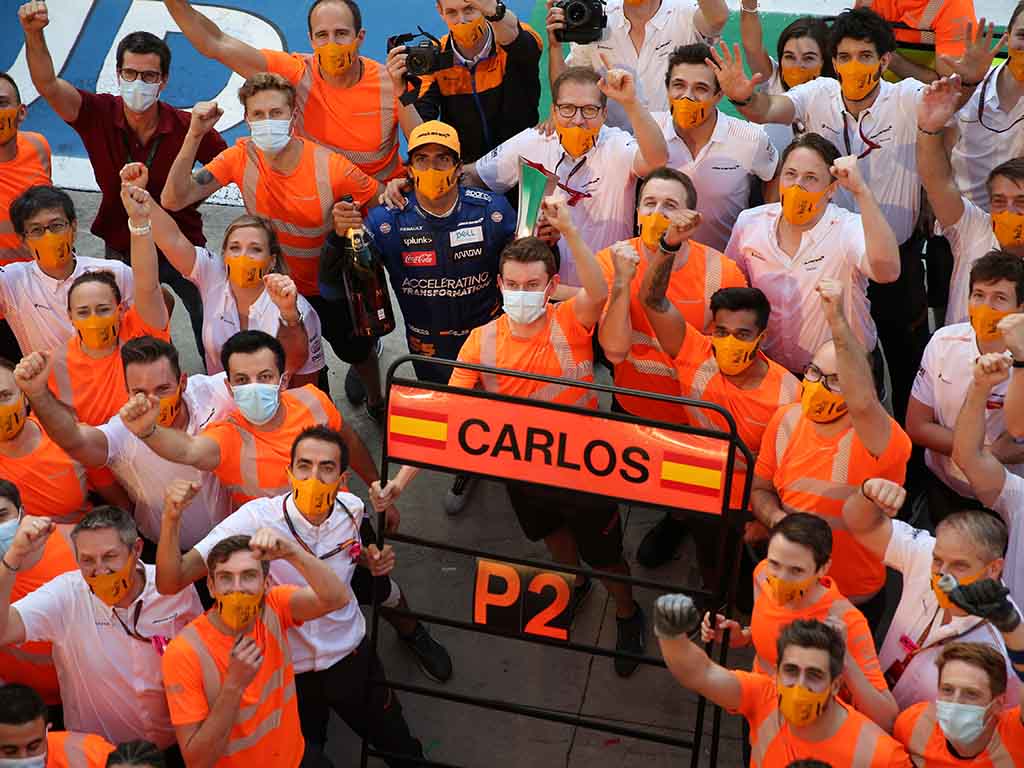 Carlos Sainz claims he has a “bond that will never be broken” with McLaren as he prepares to bid farewell to the team.

The Spaniard has known since May that this would be his second and last season at McLaren, for that was when Ferrari announced he would be joining them for 2021 in place of Sebastian Vettel.

But despite a relatively short affiliation with the Woking-based manufacturer, who are the third Formula 1 team he is leaving after Toro Rosso and Renault, Sainz has indicated it will be emotional when he and McLaren go their separate ways after the Abu Dhabi Grand Prix.

“There will always be tough moments, but you can overcome them as long as you get back up and keep fighting,” said Sainz, referring to difficult spells he has endured during both of his campaigns with McLaren.

“That’s what I’ve done throughout my career and during my time at McLaren, and that’s why I share so many great memories with everyone in the team. Every time there has been a difficult moment, together we’ve come back stronger.

“It’s created a special bond between us and it’s a bond that will never be broken.”

Someone else with whom Sainz bonded at McLaren was his team-mate Lando Norris, the duo enjoying a much friendlier association than many colleagues in the paddock down the years.

Much of that, according to the 26-year-old Madrid-born driver, is down to humour.

‘Bonkers’ is one word you could use to describe our relationship,” said Sainz, whose best result for McLaren going into his swansong for the team in Abu Dhabi was second place in this year’s Italian Grand Prix.

“It’s pretty unique and hard to find something like this in F1.

“You know when you meet someone and you instantly get a good feeling about them – you have a similar sense of humour and just get on right away? That’s exactly what I felt as soon as I got to know Lando.

“But what makes our relationship even more special is that it’s been like this throughout our time as team-mates in the super-competitive world of F1.

“On the track we are competitors, we want to beat each other, but we have always battled in a respectful way and that has also helped the team move forward.

“And when we are away from the track, we just have a lot of fun together.”