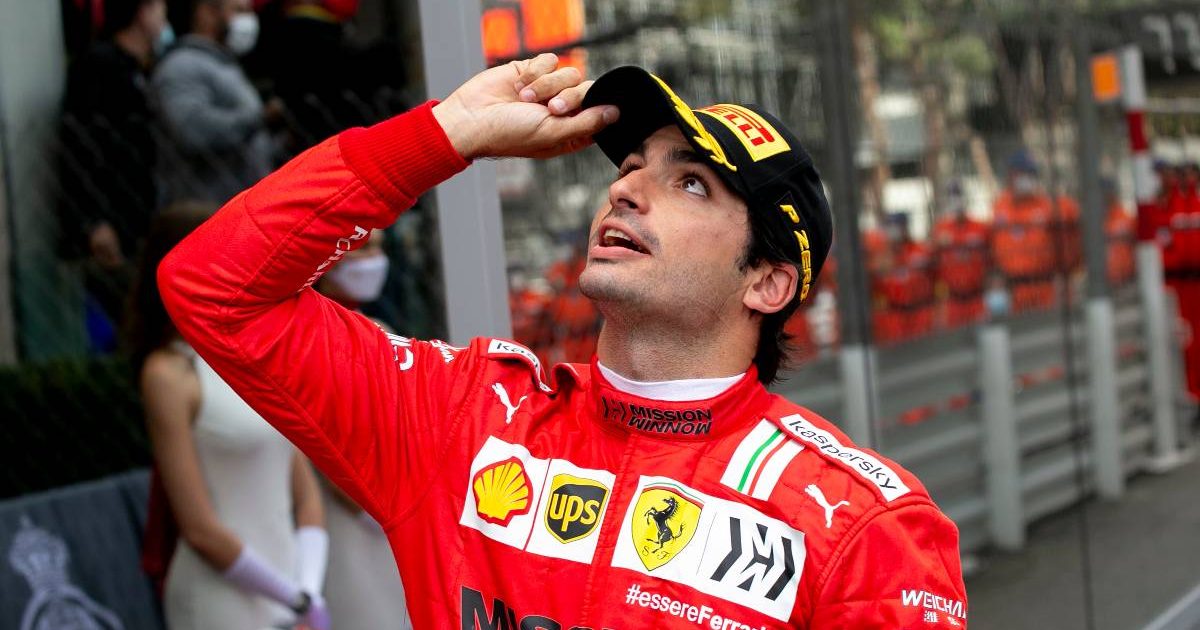 Carlos Sainz wanted to prove that he had the pace to win in Monaco, but ultimately he was a little too keen to catch Max Verstappen.

The Spaniard secured P4 on the grid in Monte Carlo, but he was left disappointed with that slot, believing he could have been the Ferrari driver on pole.

That chance was taken away by team-mate Charles Leclerc, who turned provisional pole to P1 on the grid after bringing out the red flags with a late Q3 crash.

Sainz then had a point to prove, and believed he definitely had the pace to win. Leclerc was already out of the picture due to a pre-race driveshaft failure which meant he could not take up his pole position.

During the first stint Sainz was indeed catching race leader Verstappen, but he pushed a little too hard and upset his front-left tyre.

“I did fight for it, I put Max under pressure, but unfortunately the graining on the front-left tyre didn’t quite allow us to put enough pressure on him,” he told reporters.

“It’s not like he is a bad driver either so I don’t think it would have changed much.

“But congratulations to everyone, I know it is a tough day for Ferrari, on a personal level obviously a good day compared to yesterday, but I think as a team this weekend we probably deserved a bit more.

“It was also a bit of redeeming myself, I wanted to show everyone that the pace I showed yesterday in qualifying I also had it in the race.

“And at some point I was catching Max quite quickly, unfortunately with that extra will or keenness to catch Max it meant that I opened up the front left a bit too much.

“And then from there on the pace wasn’t that good. But whenever I could today I was trying to prove to myself and to everyone that I could have won this race if I would have started a bit further ahead.”

With Leclerc’s Monaco curse continuing for another year, Sainz said that the pressure grew on him to salvage a strong result for the Scuderia on the best race weekend pace wise of their 2021 season so far.

“When you see the other car not starting from pole, all of a sudden the responsibility obviously relies on you trying to salvage a bit the weekend,” Sainz explained.

“One car is out starting from pole and you want to give the team at least a podium and it was all about getting the start right then, around the pitstops, there was a lot of traffic, we were lapping the other cars very quickly.

“Obviously Valtteri [Bottas] had the pitstop, but even without that I was feeling really good with the car today. I felt like the team, at least, deserved a podium this weekend.”