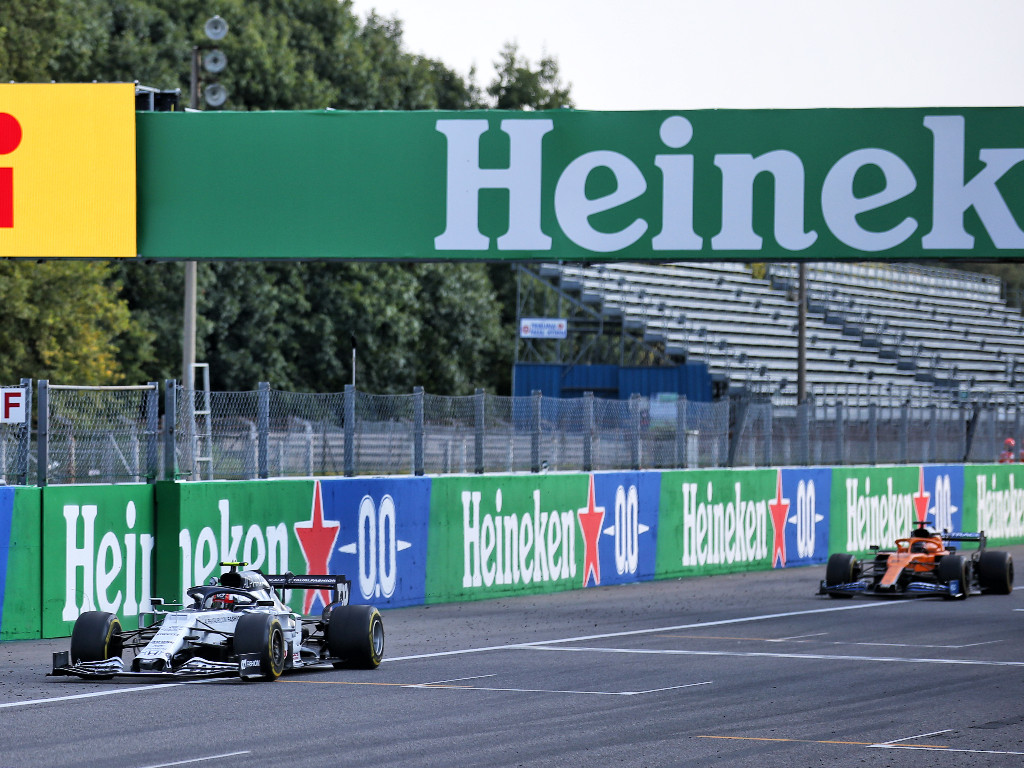 Carlos Sainz believes he would have finished the Italian Grand Prix in P2 regardless of that drama that unfolded at Monza.

Lewis Hamilton led into the first turn, a common sight in Formula 1, but the shock behind was Sainz who managed to pass the other Mercedes of Valtteri Bottas and improve to P2.

From there Hamilton created a healthy gap, but a Safety Car for Kevin Magnussen’s broken down Haas and a red flag after Charles Leclerc’s crash at the Parabolica sent the race into chaos.

With Hamilton getting a ten-second stop/go penalty for entering the pit lane when closed, and Sainz losing out at that time as he was forced to continue, the end result was Pierre Gasly leading the race, whilst Sainz managed to work his way back up to P2 after the restart.

He would apply late pressure on Gasly with McLaren trying to keep their driver focused over the radio as he made his desperation to win the race clear, but ultimately the Spaniard would have to settle for P2.

Before any of the drama Sainz was already looking comfortable for that position, and felt he would have finished P2 regardless.

“It’s incredible that I’m half disappointed with P2, you wouldn’t have believed that I would have had a chance to fight for victory today,” he told Sky F1.

“We were very close, but honestly with a normal race I think we would have got P2 behind Lewis because we had really good pace.

“So I think it’s what we deserve, but Pierre in front it’s like wow, how did that happened.

“It was a bit of bad luck with the Safety Car, but then we did a good job to recover it with the red flag.

“So very happy with P2, we’ve been super quick all weekend, I felt like I could dominate the midfield pretty easily today so we have to be happy with that.”

Two of F1's young stars, charging to the chequered flag in pursuit of that first win 🏁🏆

Speaking about his recovery from P6 at the race restart to P2, Sainz said: “Especially going from P6 to P2 and then chasing Pierre and managing to finish three or four tenths behind him at the flag, we need to be proud of that and the pace of the car.

“Without that red flag I think I would have finished P2 behind Lewis but it is what it is.”