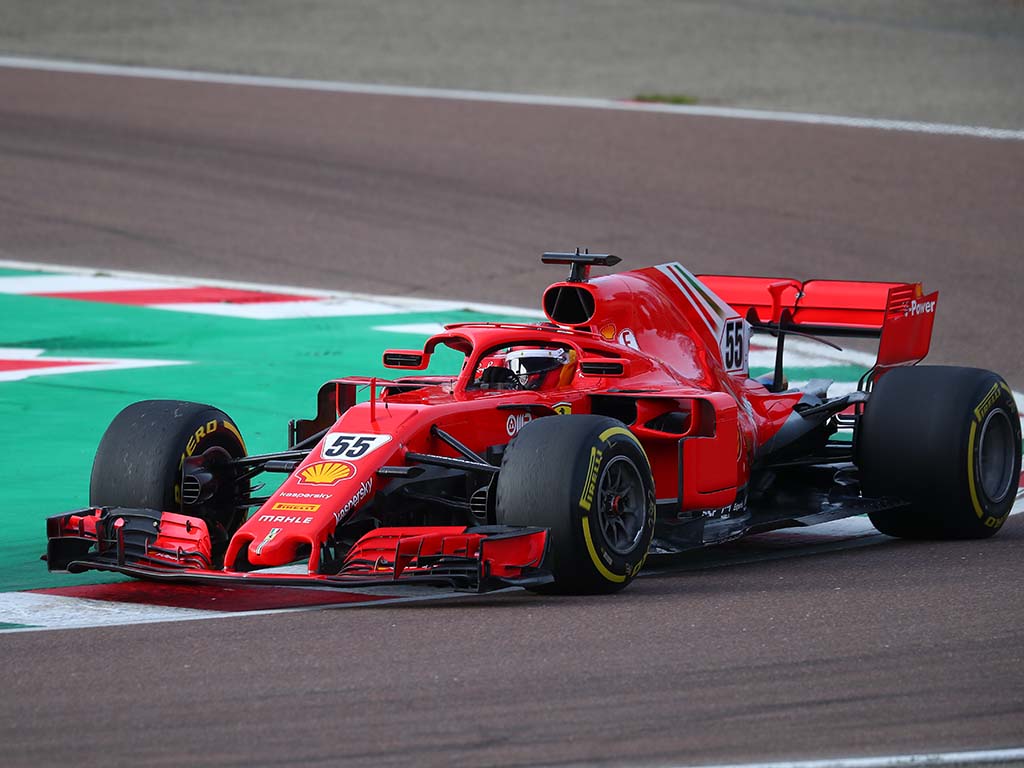 Carlos Sainz has revealed his two-time World Rally Champion father was “nearly more nervous than I was” watching his Ferrari debut at Fiorano.

Despite travel being discouraged as the global health pandemic continues to rage, Carlos senior joined his son for the trip to Ferrari’s test circuit in Italy.

It was Sainz junior’s first outing for the Scuderia since being hired as Sebastian Vettel’s replacement, taking control of a 2018 car in which seven drivers are being given the chance to gain experience throughout the week.

On Wednesday, the 26-year-old, who left McLaren at the end of last year, completed 118 laps as he familiarised himself with some of the Ferrari systems and processes ahead of pre-season testing with the 2021 car in Bahrain from March 12-14. On Thursday morning he completed around another 50 laps, with his times reportedly improving.

While Wednesday was a “very special day” for Sainz, the emotion he felt on his first day on track with the iconic Italian giants was somewhat diluted by having to focus on the job in hand – but not so for his 58-year-old rally legend father.

“One week ago, we were at home and it was a conversation that was always going to happen,” said Sainz jnr. “We looked at each other and I said ‘I want you to come to Fiorano’.

“It’s a very special day, I know there’s Covid and a PCR test to do but I would like you to be present on my first day at Ferrari. Obviously he was happy about it, so thanks to Ferrari also for welcoming him.

“I think he was nearly more nervous than I was. He was looking from the big picture what a great day it was for me, while I was having to stay focused and do the work.

“I think he enjoyed it a lot. Thanks to the team for showing him around and allowing him to be here enjoying a very special day with his son, myself.”

At the end of his day, Sainz also took time out to greet some diehard Ferrari fans who had given him a warm welcome by displaying banners dedicated to him at the side of the track.

“There were two banners, a ‘Vamos Carlos’ banner and a ‘Smooth Operator’ banner,” revealed Sainz.

“So the tifosi here in Italy already know my names and my preferences in terms of names, so that’s a good start, and then at the end of the day I had the chance to go and say hello to them.

“I got in a car and went to say hello to them for being here supporting me and sharing the passion and what a very special day it was for me.”