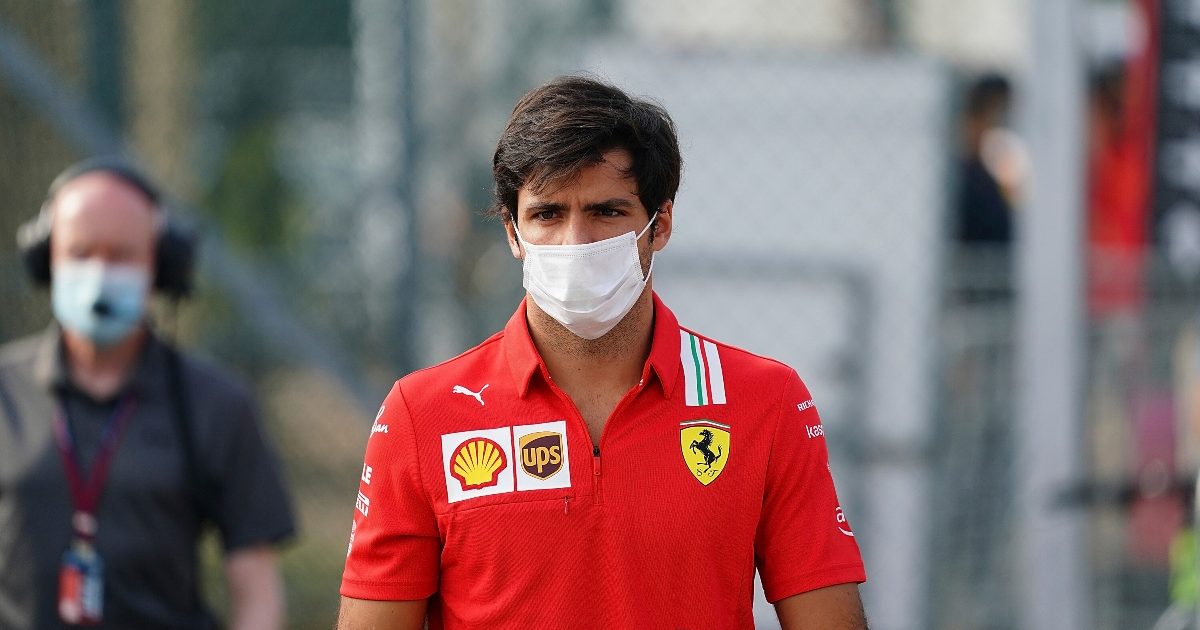 Carlos Sainz will indeed take the latest Ferrari engine for the Turkish Grand Prix, which Mattia Binotto will not attend.

Last time out in Russia it was the other Ferrari of Charles Leclerc which arrived at the Sochi Autodrom with an improved engine, believed to be offering a boost of around 10-15 bhp.

That raised questions over when it would be Sainz’s turn to receive the new power unit, and the rumours it could arrive at the Turkish Grand Prix have now been confirmed by Ferrari.

But in taking that new engine, Sainz will meet the same fate as his team-mate, that being confirmation that he will start the Istanbul race from the back of the grid.

“As was the case for Charles Leclerc in Russia, in Turkey Carlos Sainz will take a completely new power unit fitted with the new hybrid system,” Ferrari confirmed in their preview for the event.

“Therefore, he will start from the back of the grid with the aim of climbing up the order to try and score some points.”

Part two of Ferrari’s news reveal for Turkey was that Binotto will not be in attendance, although this in itself is not a new trend with the team boss having remained in Italy for several rounds of the 2021 campaign.

So for the Turkish Grand Prix he will be back at Ferrari’s Maranello factory, retaining a remote link to the race crew.

“Mattia Binotto will not attend the Turkish Grand Prix, but as was the case several times this year the team principal will be based in the Maranello factory to focus on development of next year’s car,” Ferrari confirmed.

“He will, of course, follow all sessions and the race from the Remote Garage, with a permanent link to the team at Istanbul Park.”

Ferrari will have every reason for optimism in Turkey, having picked up a strong result in the wet conditions there in 2020.

Sebastian Vettel crossed the line P3, claiming his final podium finish in Ferrari colours, while Leclerc missed out on the podium after a late mistake, although he still claimed a strong result with P4.