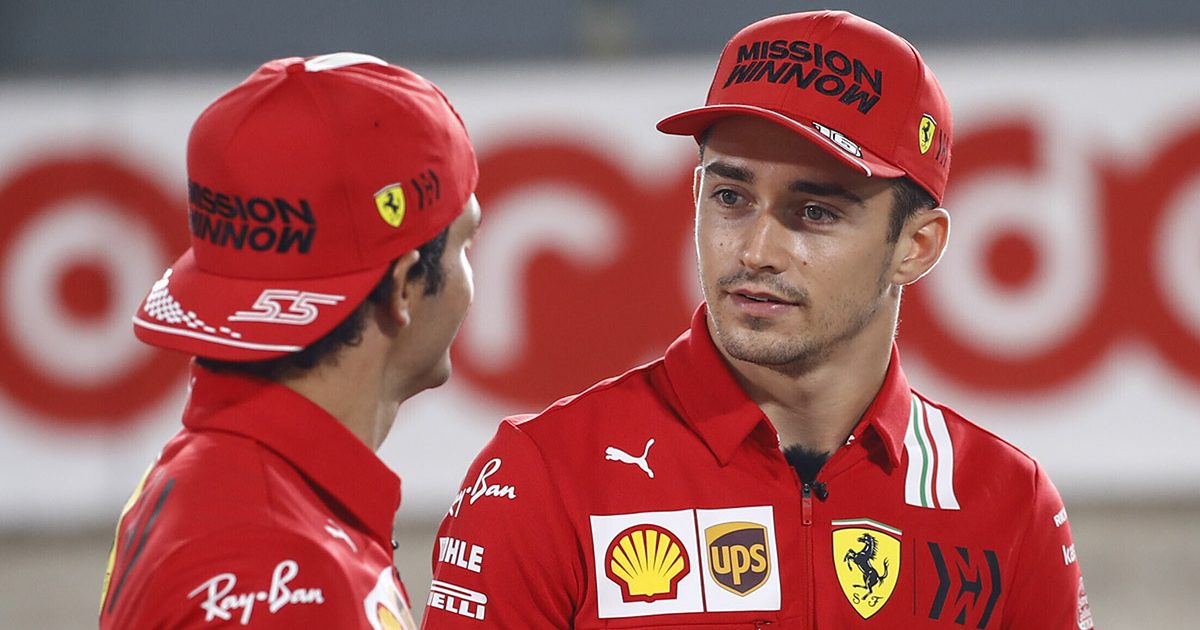 Carlos Sainz will not threaten the team dynamic at Ferrari as the team reiterate there is no number one and number two driver.

The Spaniard has made an excellent impression during his first year with the Scuderia and more than justified Ferrari’s decision to part ways with Sebastian Vettel at the end of the 2020 season.

Just 6.5 points separate the young Ferrari duo in the World Championship standings, with Leclerc on 152 points compared to Sainz’s total of 145.5.

While many assess this as two strong drivers working in tandem in trying to get Ferrari back in the title picture in the years to come, some quarters of the press still seem intent on using Sainz’s performances as a threat to Leclerc’s overall stature within the team.

Not the easiest of weekends, but we take another step closer to our target for 2021 💪

Following the Qatar Grand Prix, where Sainz extended his points-scoring streak to 13 races and Leclerc’s P8 finish tightened Ferrari’s grip on P3 in the Constructors’ Championship, the rivalry question was once again batted away by long-time Ferrari ambassador Marc Gene.

Asked if Sainz was threatening Leclerc’ status at Ferrari with his performances by Sky Italia, Gene said: “There will not be a number one and a number two driver even when we will fight for the Championship.

Ferrari boss Mattia Binotto has made it clear in recent weeks that Leclerc and Sainz are free to fight each other on track as he trusts them both not to forget about the overall aim and objectives for the team.

The two drivers have been also been swapping positions between each other in recent races to allow them to fight further up the road, before switching back if that particular plan doesn’t pay off.

Binotto revealed that was on the cards at the Qatar Grand Prix, too, but tyre management was of extreme importance to come away with at least some points.

Asked by Sky Italia if they could have said to Sainz to let Leclerc pass to catch up Stroll and Ocon, Binotto replied: “Charles asked us to do that via radio.

Heading into the final two races of the season, Ferrari has P3 in the Constructors’ Championship all-but secure as they extended their lead over McLaren to 39.5 points in Qatar.