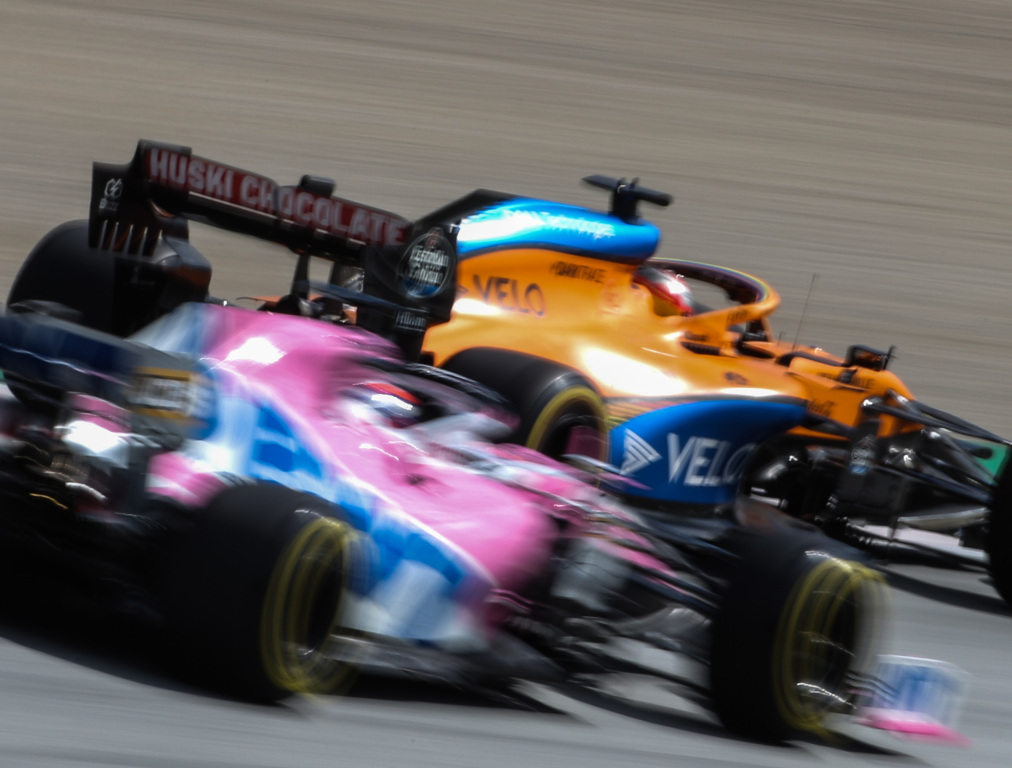 With its RP20 based heavily on last year’s Mercedes W10, Carlos Sainz says Racing Point “no longer counts” as a midfield team.

Although Racing Point was beaten to the chequered flag by the McLaren team-mates at the season-opening Austrian Grand Prix, it was the pink Mercedes that showed the better pace one week later.

Sergio Perez was fighting Red Bull’s Alexander Albon for fourth place at the Styrian Grand Prix before a move left him with a damaged front wing, and cost him fifth place.

The Mexican driver was overtaken on the final lap by McLaren’s Lando Norris while Sainz, whose race was hampered by a slow pit stop, was P9 to Lance Stroll’s seventh.

Perez’s pace, though, especially in the final 20 laps, worried many of Racing Point’s rivals.

Red Bull team boss Christian Horner believes everyone on the grid should be “worried” about the RP20 while Sainz says the team can longer be classified as a “midfield” outfit.

“We have to extend our lead in the World Championship because they have the fastest car in midfield at the moment,” the Spaniard told Motorsport-Total.com.

“I would almost say that they no longer count as midfield.

“With the speed they can go, they will really make us suffer.

“We have to stay focused and drive our races, then we’ll see what comes out at the end of the year.

“But Racing Point will be a really tough nut to crack.”

Sainz’s team-mate, Norris, reckons even Mercedes, who won the opening two races of the campaign, should be concerned about the Racing Point.

“Mercedes was a little worried about that [pace],” he said

“They were almost up to them. Red Bull too. What they show is out of reach for us.

“It is all the more important that we get the points, because in the next races they will be stronger than we are.”

After two races McLaren is second in the Constructors’ Championship with 39 points, 12 ahead of Red Bull and 17 in front of Racing Point.

Renault protested the RP20 in the wake of Sunday’s Styrian Grand Prix with the FIA seizing parts of the car while also asking Mercedes for their corresponding parts from last year’s W10.