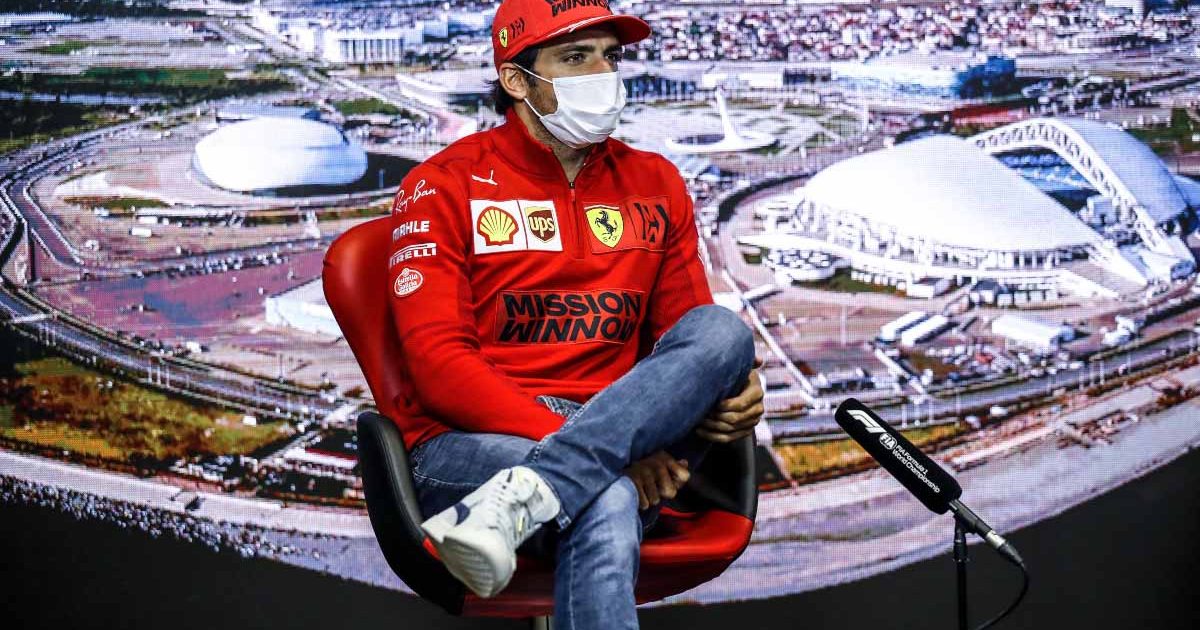 Carlos Sainz says he feels “disappointed” his words were misconstrued in recent comments about his Ferrari credentials.

Sainz had said to a Spanish media outlet he would not want to be a “faithful squire” and help the team in the same way Rubens Barrichello did in his time with the Scuderia, because he wants to go on and win the World Championship as a Ferrari driver rather than play a support role to Charles Leclerc.

However, the Spaniard feels his words were taken out of context, given the success the Brazilian had in his career overall, and clarified how he had intended his answer to come across.

“Like always with this kind of thing, and this kind of a criticism for you [the media], I was asked ‘if you could choose between being Barrichello and being Schumacher’ and I said if you let me choose, I prefer to win seven World Championships,” Sainz said to reporters ahead of the Russian Grand Prix weekend.

“Which makes a lot of sense. But then you go into the headline and see what it is and it makes me feel disappointed.

“First of all, he won how many races? Eleven. And I won zero. So I’m no-one to criticise Rubens.

“I’m actually very good friends with him. I have a lot of respect, so you can imagine how disappointed I was when I started reading that in Brazil there were headlines saying I said that.

“You know how I am. I never speak bad about fellow drivers – even less Ferrari drivers who have won races for Ferrari and championships for Ferrari.”

This weekend, Sainz will be the lead Ferrari driver on the grid as his team-mate Leclerc has taken an updated power unit, which will see the Monegasque start from the back on Sunday after being given a grid penalty.