Home News Sainz sacrificed qualifying to save his race 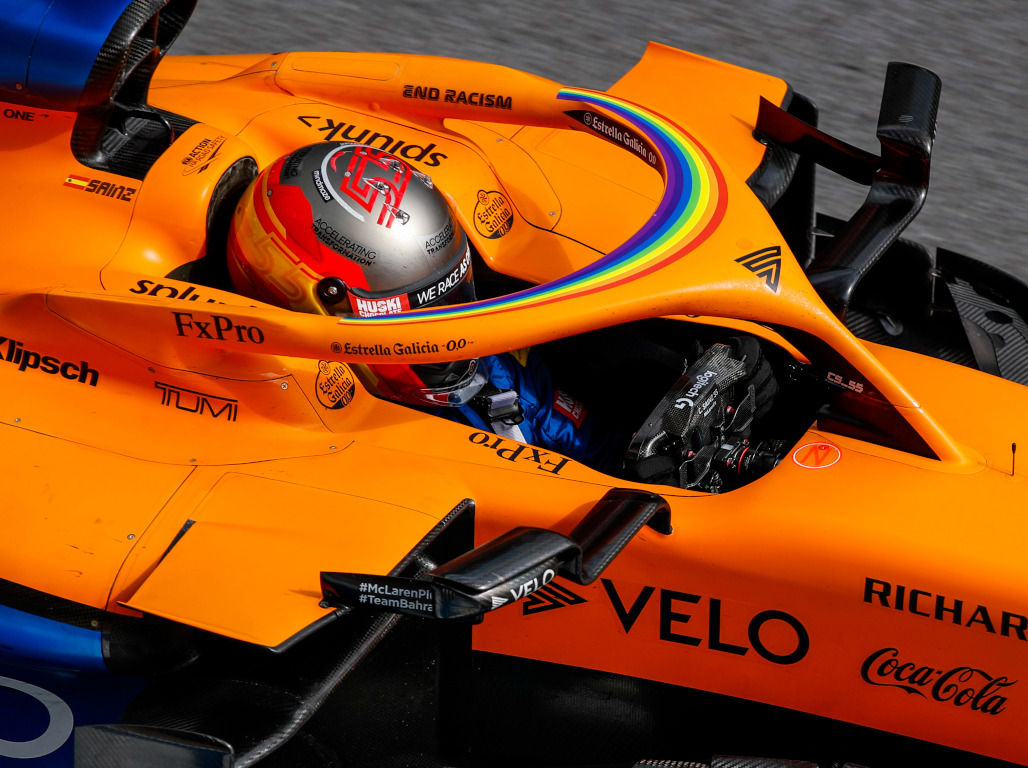 Carlos Sainz has revealed that bodywork changes to his McLaren caused his Q2 exit at the 70th Anniversary Grand Prix – but they were necessary for him to even race.

The Spaniard was among the main casualties in a very tight qualifying session outside the Mercedes duo who again dominated, finishing P13 before rising one place due to Esteban Ocon’s grid penalty for impeding George Russell.

He later revealed work had to be done on his car to aid cooling and if not, it would have put him in an impossible situation for the race.

🇬🇧We were determined to run on mediums whatever happened, but sadly we missed the cut to Q3. I also had to change the bodywork after FP3 to help with the cooling, which cost us some lap time due to drag. We’ll fight tomorrow to get back in the points!

Sainz said: “We had a problem with my car in FP3. We saw that the temperature of the car was much higher and we had to open the rear cooling holes a lot to cool it. That cost us top speed, which is essential here.

“You can see in the two cars, one has the cooling holes in the back more closed and the other is much more open. That here costs a lot of drag and top speed.

“If we wanted to race tomorrow, we had to change this bodywork. There was no other way.

“When the qualifying started we saw that the others went a little faster than last weekend, while we were stalled a bit.

“I’m a bit frustrated about it. Anyway, I think we are not in such a bad position for tomorrow. I will try to start full gas, as always, and try to come back.”

Norris, meanwhile, insisted he was “still reasonably happy” with qualifying P10 as he aims to continue his fine start to the season, currently fourth in the Drivers’ World Championship.

“There wasn’t a lot more in the car,” said the Englishman. “I’m not disappointed, I think P10 is where we should be. It’s realistic.”

Regarding his prospects for the race, Norris added: “I don’t think we are the best on the tyres, as we proved last weekend, and obviously we are a bit further back.

“It will be difficult. I think we have to wait and see and just make the most of it. But as we have seen every weekend so far this season, anything can happen right until the very last lap, so we just need to be there when it counts and try to make the most of every opportunity.”