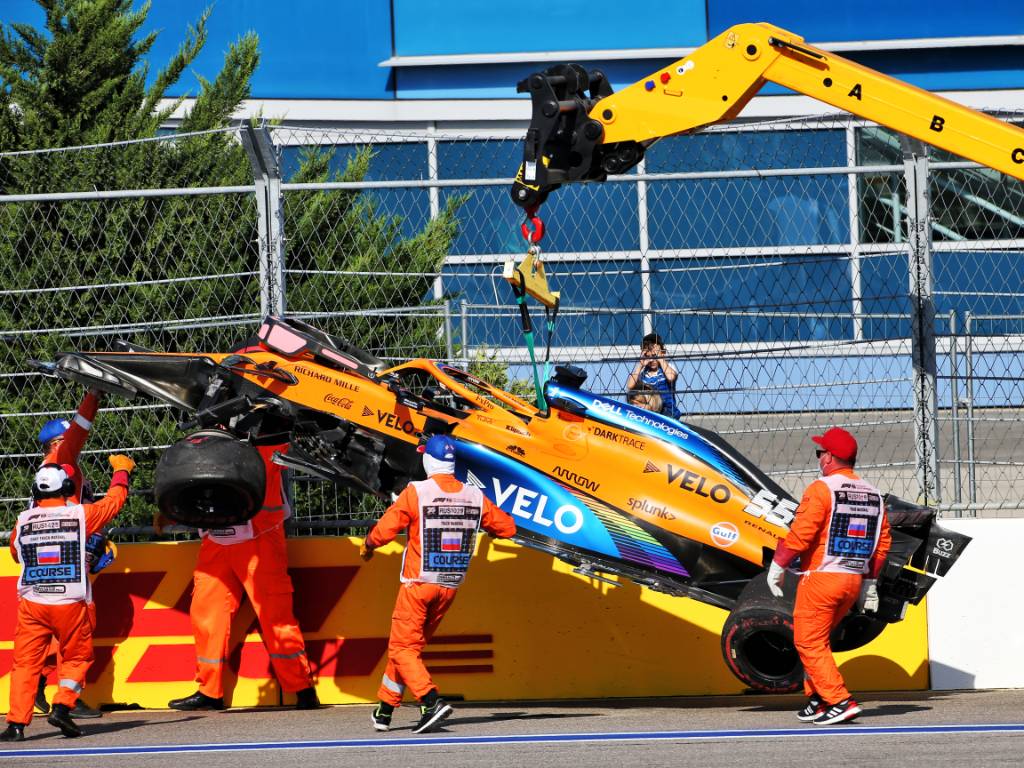 Carlos Sainz admits that it has been a “very annoying” 2020 for him as he is left without reward for perhaps his strongest season.

In his final season with McLaren before heading to Ferrari the Spaniard has found it tough going. Granted he has had his fair share of bad luck, such as getting caught up in that nasty pile-up at the Tuscan Grand Prix, though there has also been some driver error like his Turn 2 crash at the Russian Grand Prix.

A tyre failure at Silverstone while running P4 and a power unit failure before the start of the Belgian GP can also be classified in the unfortunate category for Sainz.

Sainz now finds himself P11 in the Drivers’ Championship in a season where the lines between midfield and top three have become somewhat blurred.

Sainz finished P6 in the 2019 standings which was considered the ‘best of the rest’ spot, while this year Daniel Ricciardo currently holds that place with P4.

However, Sainz feels that he is actually on top form in 2020, and only bad luck has stopped him from having ’30 to 40′ more points on the board.

“Well it’s annoying, you guys know how competitive I am and how I consider myself to be doing actually a decent year and a good year in F1 – if it wasn’t for the Russia mistake – I think I’m doing my best year in F1 to today and performing at a very high level,” he told MotorsportWeek.com.

“I feel I’m on top of my game and somehow you look at the standings and I’m 11th in the Championship.

“I know there’s a lot of things not going my way this year, it’s been a weird and very strange year for me.

“I’ve never had a chance to get the momentum and get consecutive results, in a short season, 17 races. It’s not over yet, there’s six races left, I’ll try and finish in a strong note.

“It is annoying yes, I find it particularly annoying, as I think I should have at least 30-40 points more than what I have.”

Sainz’s current haul of 51 points for the season leaves him 27 adrift of Ricciardo in P4, but while the gap isn’t too much to overturn, the Spaniard doesn’t expect to retain his ‘best of the rest’ status.

“I am a bit far away,” said Sainz. “[The points are] a normal race win. Which for us when we are fighting for top sixes a race win is eight points so you could argue I am three races behind my direct competitors, two or three ‘race wins’ away from them.

“It doesn’t mean during the last races I don’t want to do well as I want to finish off on a high [with McLaren] and score a lot of points.”