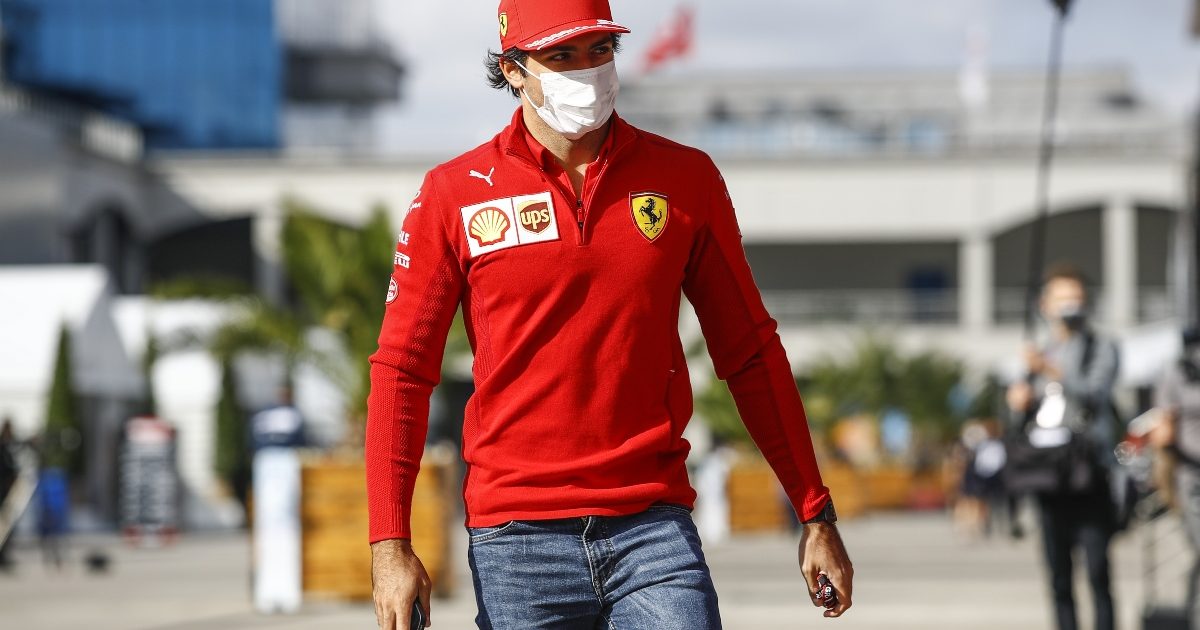 Carlos Sainz says he is “excited” to be starting the Turkish Grand Prix from the back of the grid and is feeling confident.

The Spaniard will start the race at Istanbul Park at the back of the field regardless of how well he qualifies, with Ferrari opting to give him their upgraded engine and thus take a grid penalty.

The same thing happened to team-mate Charles Leclerc last time out in Russia and the Monegasque ultimately failed to score points, finishing in P15.

Sainz is feeling good though and is excited he can spend the entire weekend focusing solely on the race.

“It actually doesn’t feel that bad,” he told reporters in Turkey.

“If you’re going into the weekend with a new PU that is hopefully bringing a bit of performance and a bit of development to the team, I cannot be disappointed with that.

“Obviously you pay the price of having to start last, but I have a pretty good record of starting last and coming through the field in these last few years, so I’m kind of excited [for] it.

“So it’s actually okay also to have a different weekend now and then and a different approach, and I find it actually exciting [to have] nothing to lose. You go into a weekend [and] you can risk it even more.”

Sainz scored his third podium finish of the season at Sochi and is now ahead of Leclerc in the Drivers’ Championship in what has been a very impressive first season in red for him.

He is happy with how he has done in recent races in particular and feels he is getting more and more comfortable with his car.

“This second half of the season, it was important to get a good result,” he added.

“The first three races [of the second half] were good but they were nothing special, and I was expecting to do a bit of a step this second half.

“And that podium kind of confirms that step that’s been done on car understanding and performance throughout the season as I get more used to this new environment.

“It was a good weekend [at Sochi]. The qualy, nailing a lap when it counted, nailing the start and leading the race and then nailing the strategy and the tyre management through the race to come home third – it was overall a well-executed weekend that for sure gives me good vibes going into the last third of the season.”