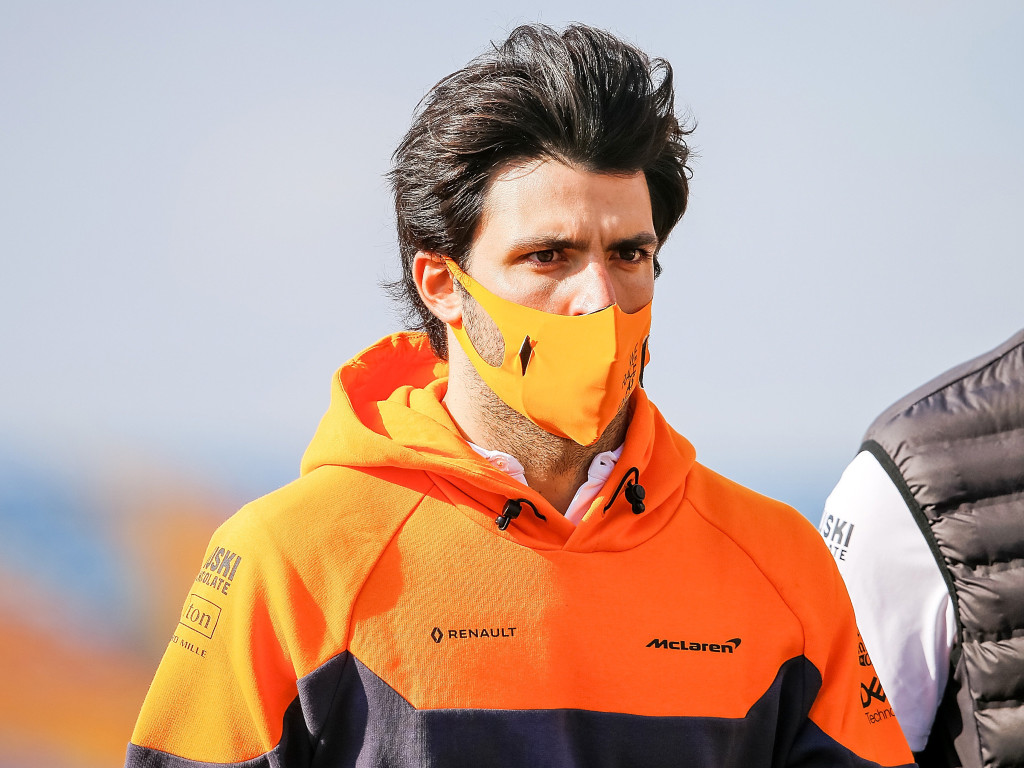 Carlos Sainz has been given a three-place grid drop for impeding Sergio Perez in qualifying for the Turkish Grand Prix.

The Spaniard was one of many drivers called to the stewards’ room after a chaotic qualifying day in Istanbul with treacherous conditions at an already tricky-to-handle track giving the grid an almighty challenge.

He was placed under investigation by the FIA for a potential block on the Racing Point driver and has been handed a three-place grid drop and one penalty point for his troubles.

The stewards’ statement read: ‘The Stewards heard from the driver of Car 11 (Sergio Perez), the driver of car 55 (Carlos Sainz) and both team representatives and have reviewed multiple angles of video evidence and radio calls to Car 55.

‘Car 55 was exiting the pits as Car 11 passed through turn 1. Car 11 caught up to Car 55 in turn 2/3 and was unnecessarily impeded by Car 55 at that point and through several subsequent turns. While extraordinary track conditions clearly impacted the situation, radio communications from the team clearly warned Car 55 that Car 11 was behind him.

Competitors are reminded that they have the right to appeal certain decisions of the Stewards, in accordance with Article 15 of the FIA International Sporting Code and Article 10.1.1 of the FIA Judicial and Disciplinary Rules, within the applicable time limits.’.