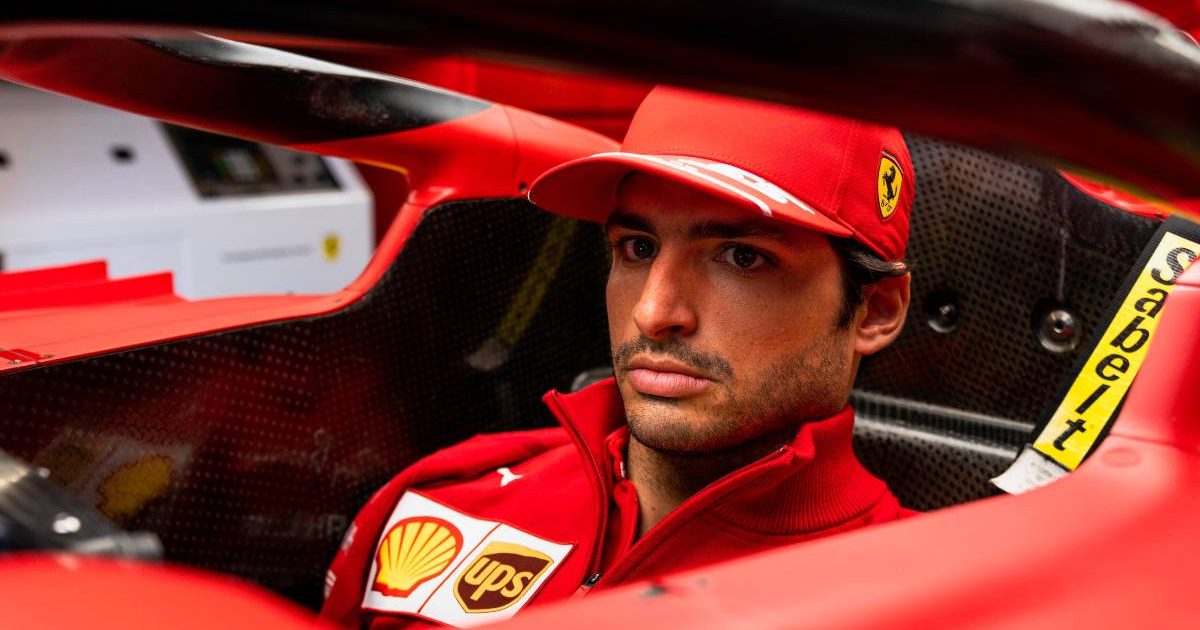 Carlos Sainz says he was not comfortable with his Ferrari at all at Monza, saying the rear-end of the SF21 is a weakness for him.

Looking at statistics alone, it would seem that Sainz has had a fantastic start to life at Ferrari, already with 97.5 points on the board and two podium finishes.

But in fact it has not been a smooth ride, with Sainz having suffered several high-speed, and expensive unforced crashes. The latest came at the Italian Grand Prix during FP2.

The prior round at Zandvoort also saw a heavy shunt in practice, and by the end of the weekend, we saw a rare dejected version of Sainz as he spoke of never feeling that slow in a race before.

At Monza he was able to finish P6, but still was far from pleased, claiming he did not feel comfortable in his machinery during the race.

“I think the weekend in the end we more or less saved it, but it was a very tough weekend,” Sainz told DAZN F1.

“In the race I was not comfortable at any time, sliding a lot from the rear and degraded the rear tyres a lot.

“It’s not the first time that the car has gone off from the back and I’ve lost a bit of confidence with the car behind me.

“It’s clear that it’s a weakness that I have to improve, I have to learn from it and see how I can camouflage it a bit with the set up and adapt to it.

“When you take a little bit of downforce off the car as we have done here, the car is more difficult than I expected and I have to learn from that, adapt and see how I can improve”.

Once Max Verstappen and Lewis Hamilton eliminated each other from the race, a golden opportunity opened up for Ferrari to deliver a podium on home soil in front of the tifosi.

Sadly though neither Sainz or Charles Leclerc had the pace to make an impression on the McLaren’s, who secured a one-two as Daniel Ricciardo claimed victory.

Valtteri Bottas also proved out of reach, as did Sergio Perez, though a five-second penalty dropped him back to P5 in the classification, boosting Leclerc to P4.

“Every time we had a fight, our top speed wasn’t the best to defend ourselves,” Sainz explained.

“We had the podium close. We saw it, it was always two or three seconds away, but at no time did I feel able to go for it, nor did I have the top speed or the speed in the car to attack.

“So it gives me a little anger, but it is what it is. This weekend has not gone as I wanted.”

Sainz accepted that Ferrari probably would have taken a P4 and P6 finish prior to the Monza weekend, but reaffirmed his frustration as he struggled with his car and delivering on the hopes of the tifosi.

“If you told us before coming to Monza that we were going to finish fourth and sixth, maybe we would have signed up for that,” said Sainz.

“But then, once you’re in the race and you feel so many difficulties, with the rear end, so much tyre degradation, every time you fight you lack top speed and having the podium relatively close in front of the tifosi, it makes you angry not to be able to go for it and not have the ability to at least try to go for it.

“I didn’t have the confidence and especially after yesterday’s crash I didn’t manage to get it back.”