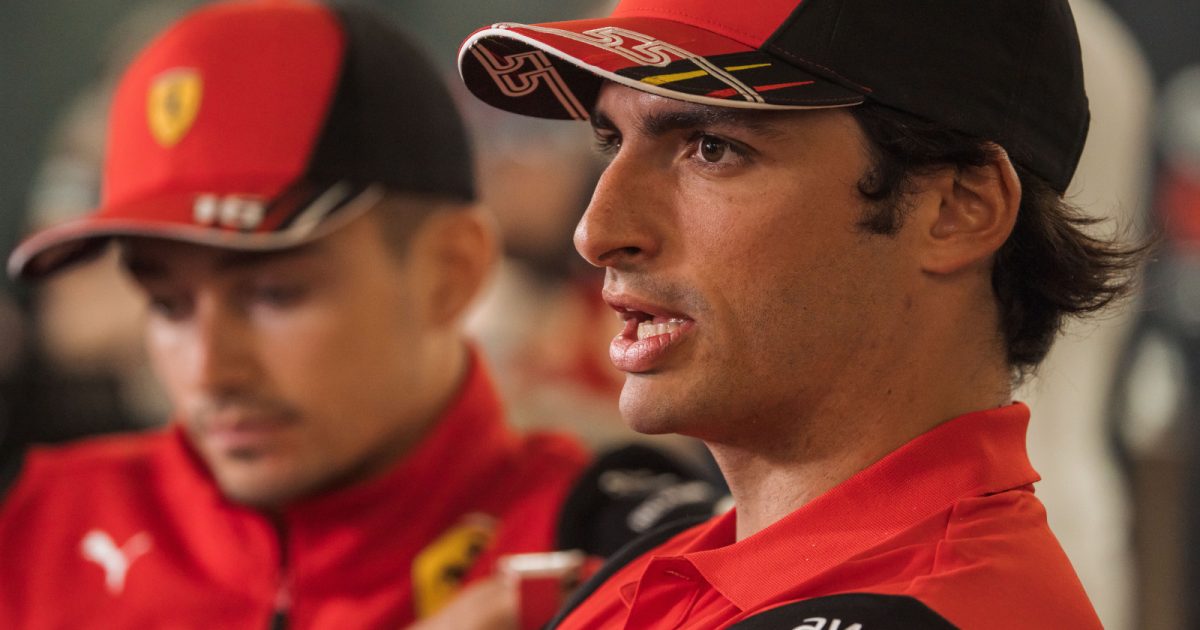 Losing to Charles Leclerc at the Bahrain Grand Prix, Carlos Sainz has a “couple of interesting theories” of how to chip away at his team-mate’s advantage.

One race into a season in which Ferrari could fight for the World title, it is advantage Leclerc after the Monégasque driver claimed the race win and the fastest lap point at the Bahrain Grand Prix.

It, however, could have been a lot different had the Spaniard held onto pole position having sat on provisional pole after the drivers’ first runs in Q3.

But it was Leclerc who found some extra pace on his second flying lap with Sainz falling to third, the team-mates split by the Red Bull of Max Verstappen.

“I was right there in the fight for pole in qualifying [in Bahrain] and this was a good news for me, because for the lack of feeling that I have with this car, and the lack of understanding that I feel I have, it was good news to still be able to put a couple of very strong laps in qualify that nearly gave me pole,” Sainz said as per Motorsport.com.

“I don’t think it’s going to be a matter of one race, but a bit like it was last year, little by little, chip away at it and get there. We also need more samples.

“I don’t know if Bahrain was a bit of a one-off, and all of a sudden here I’m back to where I should be where I expect myself to be. Let’s see, it’s still early days.”

Asked to explain why it seems Leclerc has found his feet with the new ground effect aerodynamic Ferrari F1-75 faster than he has, Sainz replied: “It’s too specific and too technical to explain to the press.

“There are things, like the feeling with the car, knowing exactly what to do in each type of corner to extract the maximum and then putting the car a little bit more to my liking, so that I go more comfortable with it just like I did in the second half of 2021. I want to try to do that as soon as possible.

“I insist, it’s very technical. There are things that even I still don’t understand. It’s not worth going into details, it’s only worth me trying it out, experiencing it, and that’s what I’ll do.

“And if, with the Bahrain car, I managed to be second, when I have the car to my liking, I am convinced that good times will come.”