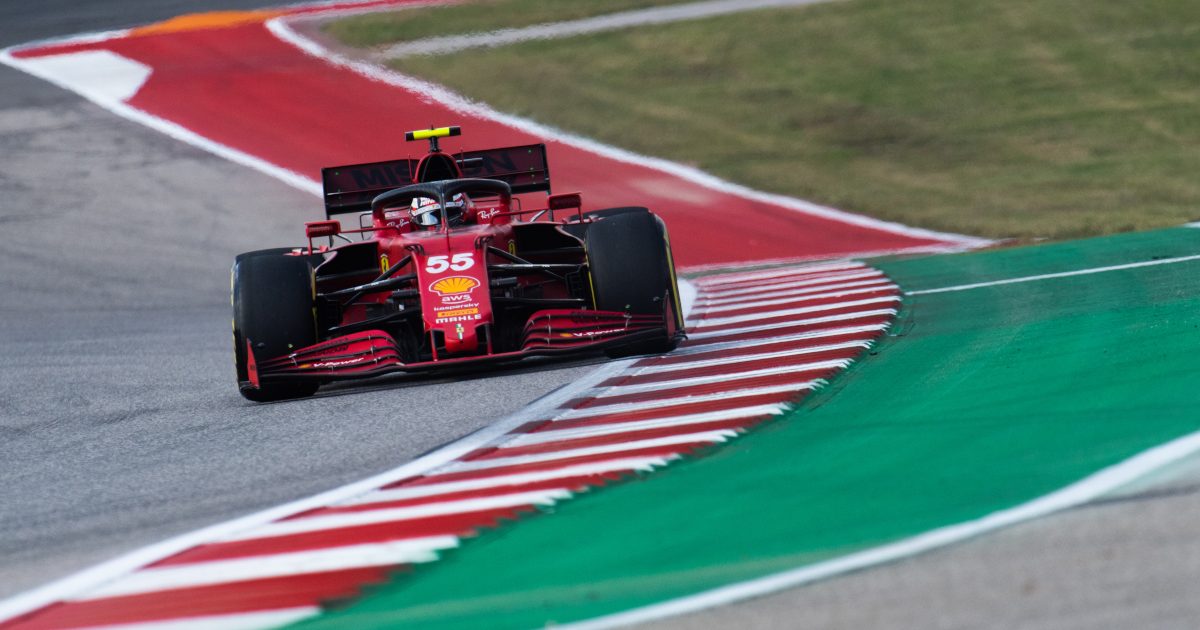 Carlos Sainz admits traffic could play a big role in Saturday’s qualifying for the United States GP as it created a “very messy” situation in practice.

Sainz though, was still all smiles as he reckons Ferrari have pace, he was just undone by traffic in the final sector on his hot lap.

“I have a smile because first of all I have enjoyed myself a lot, it’s a great track to drive and every lap that I do here I just enjoy it,” he said as per the official F1 website.

“And the car, the set-up in FP1 was quite tricky with the bumps, some set-up tuning and for FP2 we managed to improve it quite a lot – so I was a bit happier in FP2 although the timesheets don’t show it, because I had a pretty scrappy third sector with traffic and a mistake.”

But like his rivals, Sainz found the traffic around the Circuit of The Americas difficult to navigate.

“Obviously these [are] sensitive cars to wind and dirty air, we need big spaces between cars,” he said.

“And if you encounter traffic like I did in the last sector, with how critical the tyres are at the end of the lap with overheating, how hot it is, dirty air plus overheating, it can get very messy.”

As for Leclerc, his day was a bit less straightforward with a spin that had him off into the gravel in FP1 and a moment with “something moving in the pedals.”

Leclerc though reckons his car felt better in the opening session with heavy fuel.

“Still lacking a little bit here and there but it is a very challenging track, and we need to find a little bit the balance between qualy and the race.”

Ferrari head into this weekend’s race trailing McLaren by 7.5 points in the Constructors’ Championship.

“We are very, very close as it’s been since the beginning of the year,” Leclerc said. “We just need to try and do everything perfect to try and beat them, and be consistent at our job until the end of the season.”