Home News Sainz: McLaren in trouble if it rains 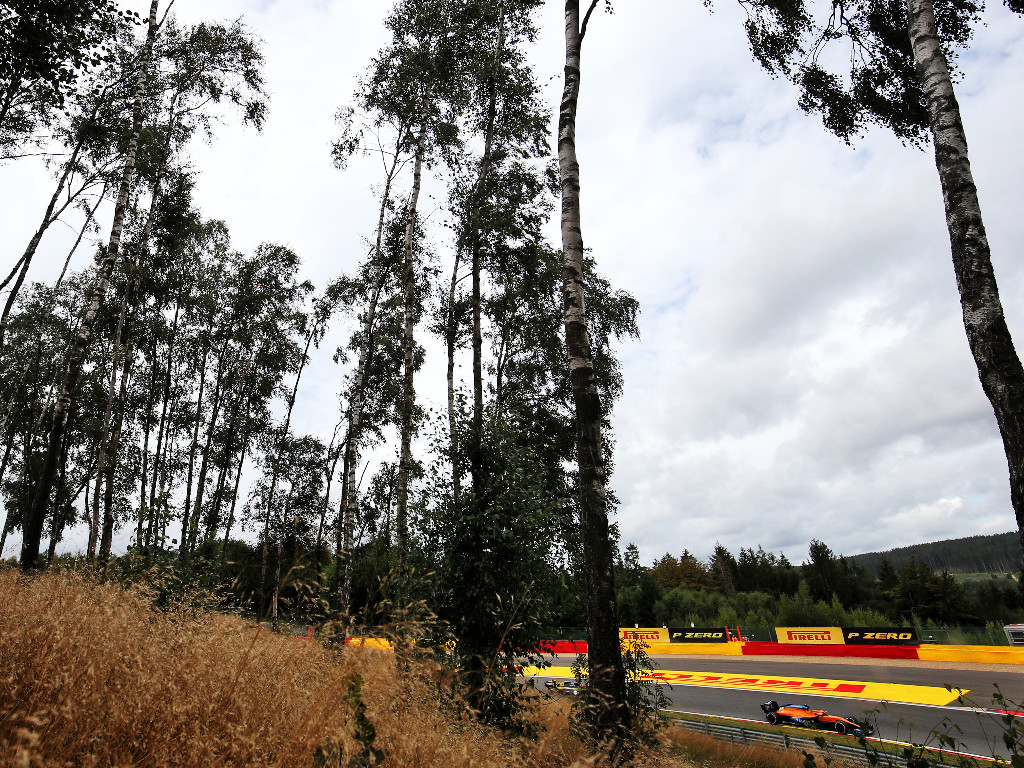 McLaren’s Carlos Sainz predicts a very difficult Belgian Grand Prix if the rain falls thanks to their low-downforce setup.

So far the forecast isn’t clear, but there is a growing expectation that rain will start to fall at Spa-Francorchamps from around 12 noon local time with the race getting underway at 15:10.

However, Sainz and McLaren team-mate Lando Norris have set their MCL35s up for dry conditions, so if the rain falls, then that spells “trouble” for the team’s low-downforce approach.

“If there’s one race where maybe I don’t like the rain so much it’s here because we’ve elected for a super low-downforce set-up,” Sainz told Sky Sports F1.

“So [we’re] expecting it not to rain. We saw 50% chance, we tried higher downforce here this weekend and on our car it was not working. We were just too draggy and we couldn’t make the high-downforce work.

“In order to qualify well we decided to go super low [downforce]. If it rains tomorrow… we are in trouble! But at least we try.”

The Spaniard is expecting a fierce battle in the midfield starting the race from P7.

In particular he expects the Renaults ahead with Daniel Ricciardo in P4 and Esteban Ocon in P6 to be strong.

Meanwhile he has the Racing Points of Sergio Perez and Lance Stroll behind, before Sainz’s team-mate Norris completes the top 10 on the grid.

“All the cars we have in front are quicker I think both in race-pace and in qualifying,” he said.

“I’m surprised to qualify ahead of the Racing Points and I’m pretty sure they will put on a pretty big fight tomorrow, but at least we are there in the middle of the fight.”

Norris was left frustrated with P10 on the grid, feeling he could have extracted more pace from the MCL35.

“I think a little bit more was possible, it was P10 without any slipstream I was just on my own giving other people slipstreams,” he explained.

“I wasn’t in the ideal position and I lost a lot of time, the slipstreams around this track is a good four tenths so it could have definitely put me a fair few positions higher.

“But I think I maximised what I could have done with no slipstream, but P10 isn’t too good in terms of how it sounds so I’ve got to make up for it tomorrow.”

Asked whether he wanted a dry or wet race, Norris said: “Whatever we’re quicker in”. When pressed for which one that would be, he responded with “I don’t know”.

“I would say probably the dry we have a better chance,” he added.

“I would love to drive in the wet, but I think we would probably struggle a little bit more in the wet. We’re on the lower end of downforce compared to a lot of teams, so if it’s wet it may not be so good for us.”