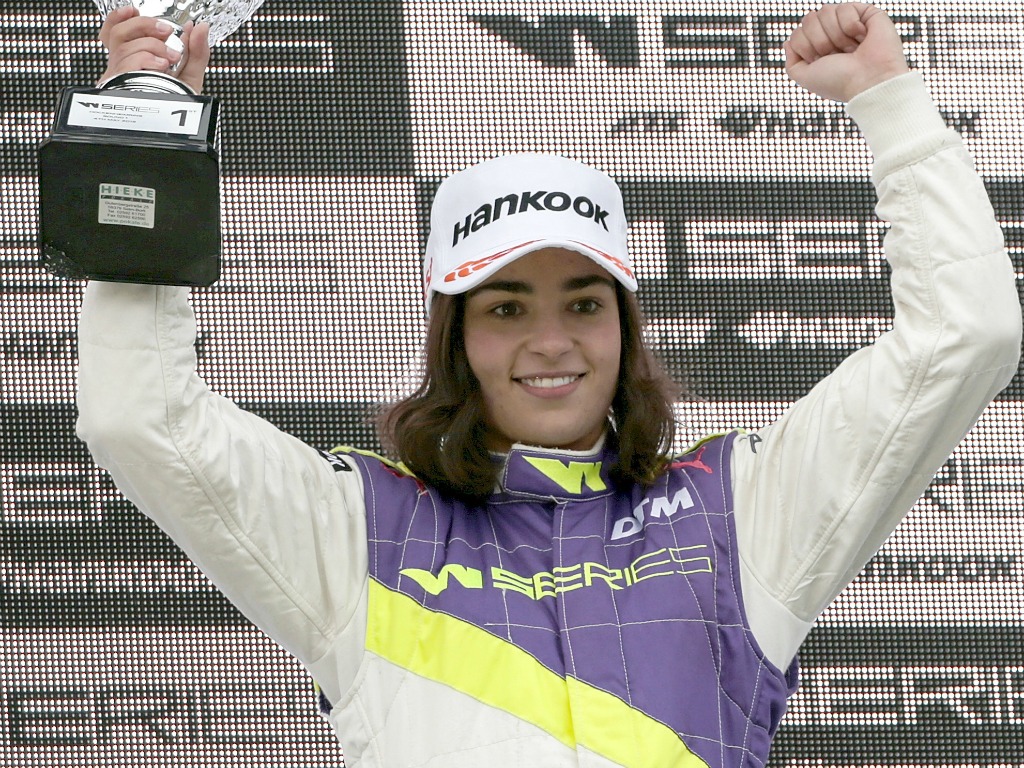 W Series leader, Jamie Chadwick, has been announced as the team’s newest recruit to the academy as development driver.

The 21-year-old, who added a British Formula 3 victory to her name last season alongside her 2015 GT Championship success  and title win in the MRF Winter Series in 2018/19, will have a ‘busy simulator programme’ with Williams.

She was also be with the team for three European grands prix this season,  starting at the British Grand Prix in July.

“It is a great honour to be joining the Williams Racing Driver Academy,” Chadwick said.

“The time in the simulator is a fantastic opportunity to aid with my development. I look forward to spending time in the factory at Grove, immersing myself within the team and assisting wherever I can.

“Being a part of the Driver Academy is an amazing platform and I’m excited to get started.”

Check out the full story here as we welcome Jamie into the Williams Racing Driver Academy in the role of Development Driver 👉 https://t.co/zDXCYSsbmN pic.twitter.com/xOQBiGm2pz

Deputy team principal, Claire Williams, welcomed Chadwick on board and is hoping her arrival to the team can help inspire the next generation of women racing drivers.

“I am delighted to confirm that Jamie Chadwick has joined the Williams Racing Driver Academy in the role of Development Driver.

“I have had the pleasure of watching Jamie race first hand in Hockenheim where she claimed victory at the season opening W Series race.

“Alongside her on-track commitments, Jamie will undertake simulator work for Williams, be immersed both trackside and at the factory with the team and will participate in marketing activities.

“Promoting women in motorsport is extremely important and having a female role model as part of our Driver Academy will hopefully inspire young girls to take up racing at a young age.

“We hope to show that motorsport is inclusive and exciting, be that as a driver or on the engineering side. Jamie is a great talent and I look forward to working with her.”