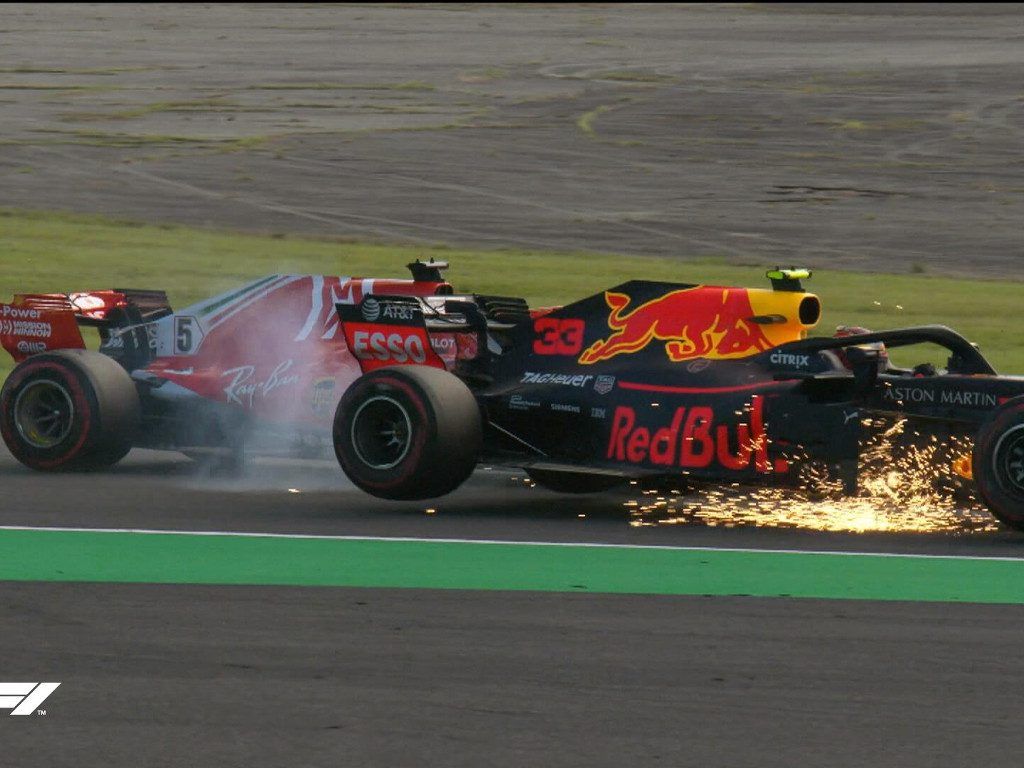 Former F1 driver turned pundit Karun Chandhok believes Formula 1 should look at “natural penalties” whereby it is the track, not the stewards, that penalise mistakes.

Formula 1’s penalty system has come in for some stick in recent years due to controversial decisions from the stewards as well as a lack of consistency.

In 2017 such a call cost Max Verstappen at the United States Grand Prix.

The Red Bull driver crossed the line in third place only to be hit with a five-second time penalty for leaving the track and gaining an advantage.

Kimi Raikkonen was elevated to third.

Last year Verstappen was again in the thick of it, battling Sebastian Vettel at the Japanese Grand Prix.

Contact between the two, largely billed as Verstappen’s fault, saw the Dutchman lose a mere half a second.

Chandhok wants F1 to look into ways whereby the track penalises the drivers for their mistakes.

“Look at Suzuka when Seb and Max hit each other, Max lost 0.5s by running way off at Spoon curve and coming back on – that’s just wrong,” he said at the Autosport International show.

“When drivers go off track they should be penalised and there should be a natural penalty. I want races decided on the race track, I don’t want it decided in the steward’s room.

“I don’t want a situation like Austin with Max and Kimi, it’s discussed in the stewards, you see the chequered flag and somebody finishes third but then another bloke is on the podium.

“It’s just messy and complicated and the stewards shouldn’t have to get involved in that, that sort of stuff should just be decided on track. I think that’s what racing should be.”

That, though, is not the former F1 driver’s only complaint.

“It’s also inconsistent. For everyone looking on TV, you go ‘hang on, at Turn 9 they are allowed to go way off track, way beyond the white line, yet if they do it at Turn 19 they get their lap time taken away’.

“So how does that work? How is it OK at one corner and not another?”