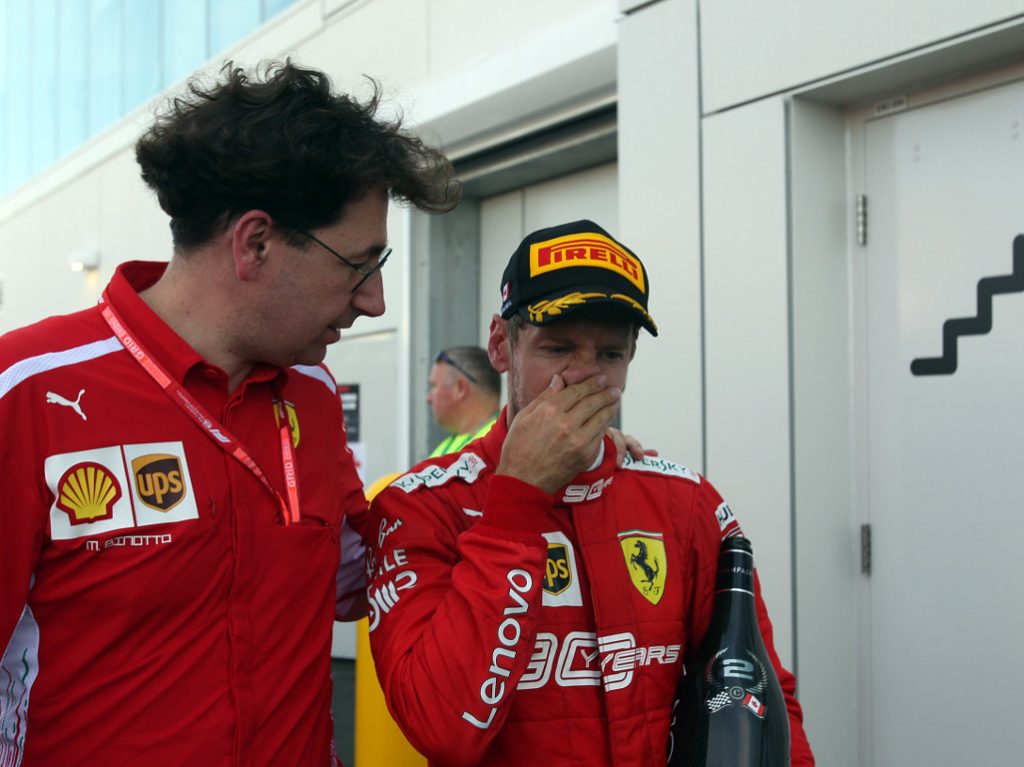 Although Karun Chandhok was “flattered” that Ferrari believed his Sky F1 analysis was so on point that it could be used as evidence against Sebastian Vettel’s penalty, he’s also confused.

Ferrari arrived at the Paul Ricard circuit having asked the FIA to review Vettel’s five-second penalty from the Canadian Grand Prix.

Under F1 regulations, reviews will only be considered if new evidence is brought to the table.

Ferrari brought what they believed were six new pieces of evidences, one of which was Chandhok’s post-race review of the penalty in which stated that it was unfair as Vettel wasn’t into control of his SF90.

The review was rejected.

Err…. So, can I send you an invoice Ferrari? I mean, lawyers send bills whether you win or lose a case so….!!

Jokes aside, Chandhok says he was flattered but confused to as why Ferrari used his analysis as evidence.

He wrote in his Sky F1 column: “I actually stayed away from France to have a weekend at home with my family. I was hoping for a nice quiet time but then my phone and Twitter feed went a bit crazy on Friday because Ferrari had apparently submitted my analysis of the Vettel-Hamilton incident from Montreal as part of their evidence to the FIA for their appeal.

“I knew nothing about it, and was in fact in the middle of a shoot for a car show when my phone started buzzing non-stop. While I was of course flattered to hear that a team as big and great as Ferrari felt that my analysis was worth including in their appeal submission, it also seemed confusing to me that they chose to do so.

“The FIA were right to disregard this bit of analysis in the appeal because there’s no way that a third party’s opinion, especially someone who’s working as a TV broadcaster, would count as factual evidence.

“Anyway, judging by the text messages I got, the whole thing proved to be the cause of much entertainment amongst my friends in the paddock over the weekend!”