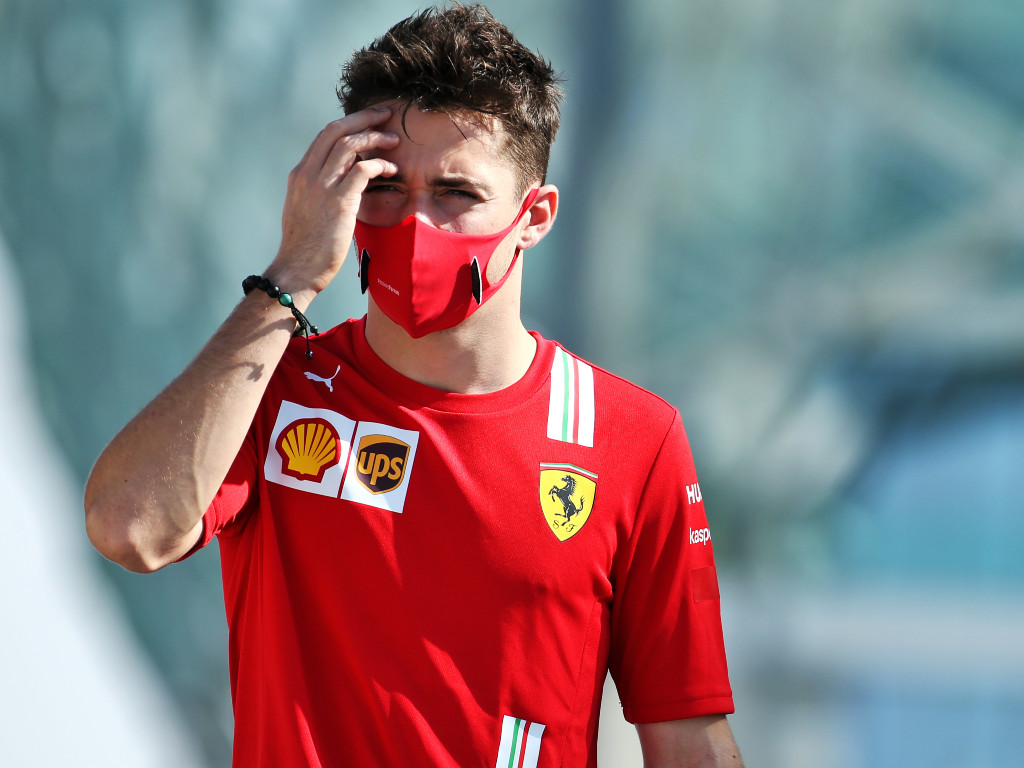 Charles Leclerc believes if Ferrari put everything together then they can aim to qualify in the “top six” for the Abu Dhabi GP.

Leclerc by his own admission had a mixed day on Friday during practice for the season-ending Abu Dhabi GP, but P8 in FP2 was a solid building block for the weekend, and indeed better than what he was expecting.

Asked by reporters at Yas Marina Circuit if it was a difficult day, Leclerc replied; “Yes and no to be honest, it’s actually better than what we expected on a track like this.

“We expected to struggle quite a bit with the heat, with the long straights of the first and second sector, and we seemed to be in the mix with the guys we are fighting normally with.

“So it surely probably isn’t as good as last weekend but we shouldn’t expect that, so let’s work tonight and hopefully we can still do a step forward for tomorrow.”

Many drivers struggled to keep the soft Pirelli tyres in the right window in Friday practice, and Leclerc believes it will be a “tricky tyre” for anybody who ends up starting the race on them.

“It is very tricky because it’s not like you gain a lot of grip from the medium tyres, but it’s a lot more difficult to keep them for the whole lap, especially for the quali lap and the race obviously it’s just a softer compound than the medium tyre without the grip advantage” he explained.

“So it’s a tricky tyre to start the race on.”

Before the race, though, qualifying will determine the starting grid, and if he nails everything, then Leclerc thinks “top six” is just about possible.

Leclerc does carry a three-place grid penalty into this round after causing a collision between himself, Max Verstappen and Sergio Perez at the Sakhir GP.

“That’s a bit optimistic but it’s the way that we need to approach this last weekend.

“Racing Point seems to be a bit ahead for now, but McLaren, Renault, we are all there so they are going to be our main rivals.”

Leclerc’s team-mate Sebastian Vettel is contesting his final race weekend with Ferrari, and asked where he thinks he will be in qualifying, he replied: “Hard to say, but I think similar to the previous weekends, I think around cut-off for the top 10.”